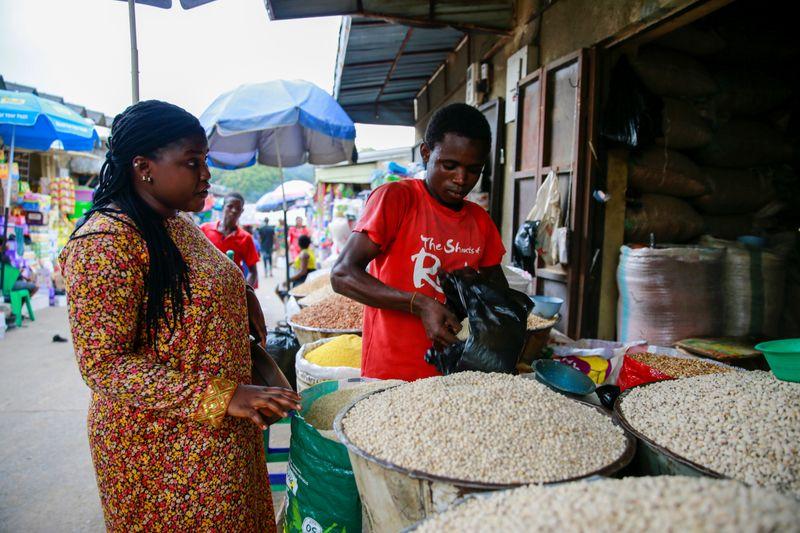 Within a ten-year period, Nigerians appetite for foods and non-food household consumption spending rose by over 95 percent from N21.62 trillion to N40.20 trillion, figures computed by the Nigerian Chief Statistician office has shown.

Released recently, the Yemi Kale-led National Bureau of Statistics revealed that Nigerians have been raising their consumption levels on foods and transportation among others.

Butbeyond increasing our consumption, rising population over the last ten years has also played a factor in the amount of money spent of these items, say analysts familiar with the development.

Apart from the increasing number of mouths gorging on foods and spending on other non-food items, the increasing level of poverty appears not to have reduced peoples’ appetite and desire for other items in the last ten years the numbers appear to suggest.

The NBS stated that of the total expenditure in 2019, 56.65 percent was spent on food, while about 43.35 per cent was expended on non-food items.

According to the Consumption Expenditure Pattern in Nigeria 2019 report, released by the Statistician General agency, food consumed outside the home, followed by transportation costs and starchy roots, tubers and plantains were responsible for the largest proportion of household expenditure representing a combined 24.16 percent of total household expenditure during the year under review.

Both areas spent mostly on food outside the home, Starchy foods, tubers, and plantains, and rice representing about 37.96 per cent for rural and about 42.59 per cent for urban areas of total expenditure on food, the NBS added.

The NBS explained that the consumption pattern of a country depicts its aggregate demand of goods and services and in most cases constitutes about 60 per cent of the total Gross Domestic Product (GDP) as well as measures the level of welfare and poverty which a country experiences.

The consumption pattern report is based on the Nigeria Living Standard Survey (NLSS) 2018/2019 earlier published by the NBS which pointed out that over 83 million Nigerians currently live below the national poverty line with the poverty rate at 40.1 per cent.

The NBS had said individuals living in households whose per capita annual consumption expenditure is below the threshold of N137,430 per person per year are regarded as poor by national standards.