Strapped for cash, with oil prices tanking most of the last 18 months, and a federal government left broke by a myriad of global and local economic headwinds that have hit revenues badly, state-owned oil giant, the Nigerian National Petroleum Corporation (NNPC), is rejigging its financing option strategy in its search for $1 billion to finance the urgent rehabilitation of its two refineries in Port Harcourt, Rivers State. 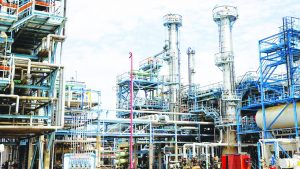 In the past, for such rehabilitations, the corporation had relied on internal funds through its own commercial trading activities, bank loans or the federal government provisioning through the budget. Now, these sources have dried up, with banking facilities needing to be weighed seriously against the background of future ability to repay such facilities especially if borrowed on commercial not concessionary terms. Indeed, the market has become tighter in this covid-19 pandemic period and structuring such a facility is likely to be long drawn out.

The current NNPC management led by Mele Kyari, its group managing director, has been redrawing the maps of the corporation’s management with a strategy heavy on cost control and reducing waste, hence the attempt now to find a new way of raising the fund needed to bring the refineries back to life.

The NNPC has four refineries, two in Port Harcourt, Rivers State, one each in Warri, Delta State and Kaduna, Kaduna State. Regarded as the world’s non-functioning biggest loss making assets, the refineries have capacity to refine 445,000 barrels of crude per day but have been comatose for more than a decade producing zero refined products yet have a full complement of staff, managing directors, executive directors, drawing full pay and allowances, and drawing up and executing budgets in all of this time.

Now, the NNPC is said to have opened negotiation talks with oil traders with a view to raising around $1 billion that would come as advance payment for crude oil to be lifted by the traders. Nigeria urgently needs to fix its refineries as it has been importing petroleum products for decades. A successful rehabilitation of the refineries will mean that it can put a stop to the country spending fortunes on fuel importation.

A move of this magnitude coming to fruition will mark Nigeria’s second oil-supported funding ever since the global COVID-19 pandemic took centre stage and aided the difficulty in sourcing for investors in a period where demand for fuel is taking a huge hit from lockdowns, while renewable energy is gaining more grounds among users.

Despite several attempts at rehabilitating the four refineries so as to wean the country off imported fuel, Nigeria for the most of 12 years has tried and failed four times to crank up its ageing and unprofitable crude-processing facilities, thereby relying on the importation of over 90 per cent of crude products, such as petrol, diesel, kerosine, aviation fuel, amongst others. Over 40 million litres of petrol is consumed per day nationwide, and in the process the country bargains an astronomical 300,000 barrels of its prized export – crude –  in exchange for these petroleum products its populace need in their everyday lives.

Many believe that one of the primary reasons behind this move is the fact that in 2019 for instance, the refineries posted losses coming close to some N167 billion ($439.47 million), with Warri refinery alone processing any oil, by April 2020, they were all shut, pending rehabilitation. Between late 2017 and mid-2018, Nigeria spent over $5.8 billion on fuel imports, according to the NNPC, which makes cost recovery and profitability somewhat difficult.

Kyari, the NNPC boss, having already promised to truly commit to a revamp on his appointment stated that this time things will be different, He has made fixing the facilities top on his agenda since assuming the helm of affairs at the company, thus reviving an objective to upgrade the moribund plants and end fuel imports by 2023 after the company missed previous targets for revamp.

“In December, we opened another bid round for a contract to rehabilitate the Port Harcourt complex with private companies who would run the refineries once they were totally rehabilitated,” Kyari said.

Port Harcourt refinery complex is a two-refinery facility with the capacity to process 210,000 barrels per day (bpd).The money to aid in the revamp would be repayed over seven-year by way of supply of Nigerian crude and products from the refinery once the rehabilitation is over, with Cairo-based Afreximbank spearheading the financing, according to Reuters.

The price of petrol is a highly charged subject in Nigeria—Africa’s largest oil exporter. In July 2020 global energy trader Vitol and Nigerian firm, Matrix, backed by banks agreed to lend NNPC $1.5 billion to support its upstream arm, the Nigerian Petroleum Development Company (NPDC), although the discussions that led to that deal predates the COVID-19 pandemic.

The NNPC had earlier said it would fund the projects itself having abandoned a similar attempt in 2019 to partner with oil traders, producers, and engineering firms to fund refinery revamps following unsuccessful year-long discussions. This time around work has already been scheduled to begin in earnest this January, after the NNPC decided to give it another shot.