Twenty lucky customers have won a total of N30 million in the April and second quarterly draw of United Bank for Africa (UBA) Wise Savers Promo. 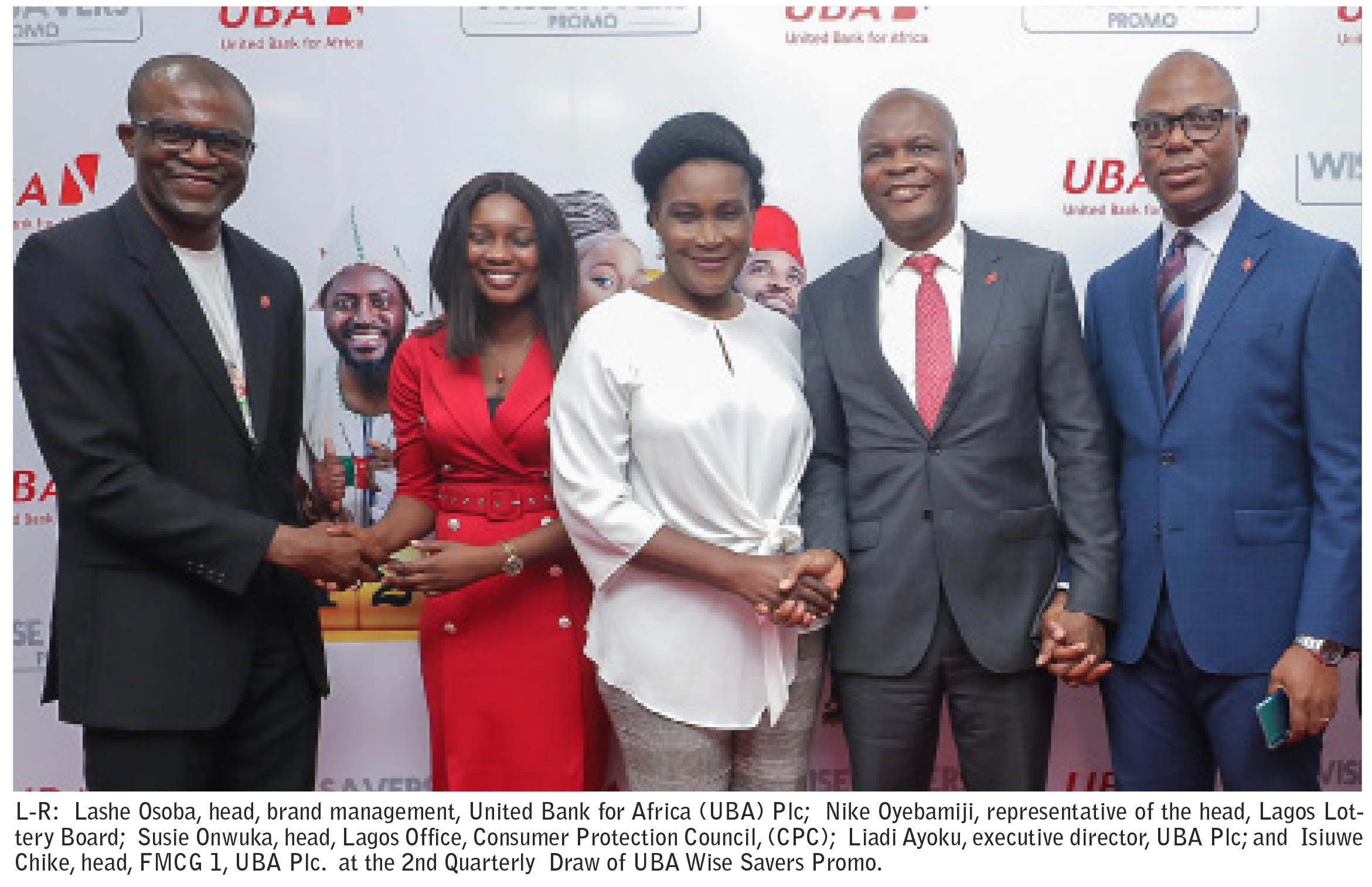 Each of the winners won N1.5 million and it brought the total amount won by 40 customers so far to N60 million.

The electronic raffle draw, held at UBA House in Lagos, was witnessed by the Consumer Protection Council, National Lottery Regulatory Commission and Lagos State Lottery, Board.

The promo, which commenced in September last year is expected to run till September 30, 2019, and will see another 40 customers from across Nigeria become millionaires, winning N60 million in the remaining quarters of the year. At the end of the promo, a total of N120 million will have been won by 80 customers.

Ayo Liadi, UBA’s executive director,  expressed satisfaction at the level of response received from customers across the country, adding that the campaign was targeted at rewarding loyal customers and also inculcating in them the habit of saving regularly.

He noted that there was a remarkable increase in the number of participants in this edition compared to the previous one, adding that the bank’s objective of helping customers’ save for the rainy day is being achieved.

“There is no better time to give back and delight customers than this challenging economic period where people need all the support they can get to make life more meaningful. With this in mind we decided to prioritise our customers as we always do at UBA by giving them plenty to cheer about and that is the reason why another 20 more customers have been made millionaires today,” he said.

Tomiwa Sotiloye, head of retail liabilities, explained that the promo was consistent with the bank’s novel initiatives in prioritizing customers, adding that it was necessitated by the invaluable belief the bank has in its customers. “We will continue to listen and give them nothing short of the best that they deserve. UBA will not relent, because we are impressed with the impact this has made so far and will continue to touch the lives of our loyal customers positively,” Sotiloye noted.

The criteria for qualifying for the draw is for customers to save at least N30,000 in their UBA savings account or in instalments of N10,000 each for a period of three months.