The National Bureau of Statistics said Nigeria’s foreign debt stood at 25.27 billion US dollars as at 31st December, 2018. 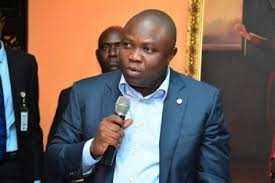 The NBS said this in “Nigerian Domestic and Foreign Debt data” for 2018 fourth quarter posted on its website.
The bureau said further disaggregation of Nigeria’s foreign debt showed that 11.01 billion dollars of the debt was multilateral.
It said that 34.63 million dollars was bilateral from Agence Francaise de Development and another 2.75 billion dollars bilateral from the Chinese Exim Bank, Japanese International Cooperation Agency, KFW Development Bank and India.
In addition, the report said 11.17 billion dollars were basically Eurobonds and Diaspora Bonds.
According to the report, Lagos State has the highest foreign debt profile among the 36 states and the FCT, accounting for 5.64 per cent.
It said Edo State has the second highest debt, accounting for 1.09 per cent, followed by Kaduna State (0.90 per cent) and Cross River State with 0.75 per cent.
Similarly, the bureau said total domestic debt was N16.63 trillion in the quarter under review.
It said Lagos State accounted for 3.19 per cent of the total domestic debt stock while Yobe State had the least debt stock in this category with a contribution of 0.17 per cent to the total domestic debt stock.
The data for the report was supplied administratively by the Debt Management Office, verified and validated by the NBS.

Investors gain N32.7bn on Nigeria bourse as bulls march on, despite lag in banking index