Less than 24 hours after president Muhammadu Buhari presented the 2020 budget proposal of N10. 33 trillion to the National Assembly on Tuesday, Civil Society Organisations, CSOs, have raised grave concerns over items of the proposed budget, which include an increase of value added tax, VAT, to 7.5 per cent, frivolous items, deficit and borrowings, and others.
Auwal Musa Rafsanjani, the executive director, Civil Society Legislative Advocacy Centre, CISLAC, said the 2020 budget has issues that should be revisited and reviewed with consideration of the plight of ordinary Nigerians. 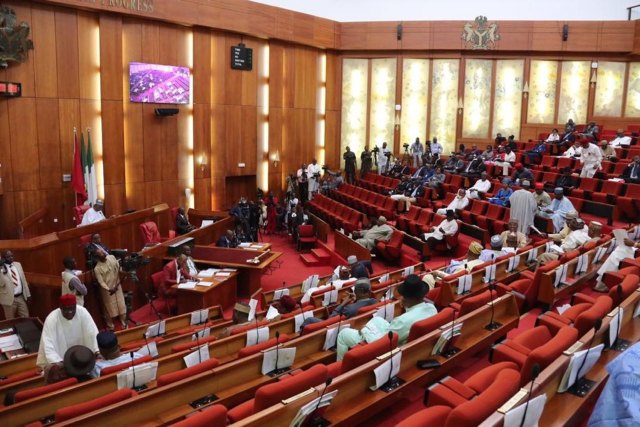 Rafsanjani said, “On deficit budget, over time the budget of the country has been on an incremental deficit year in year out, this also means that a considerable amount of the budget will come with attendant borrowing to fund a major chunk of the budget.

“Proposed VAT increase; the high point of the entire budget is on the proposed VAT increase which will only increase burden on the poor, through unbearable high prices of consumables, there is no effort to curb the finances that are flowing away out the country illicitly, which are majorly from the commercial activities of Multinational companies through their evasive practices.

“It is worth to note that the amount alleged from this activity can increase the budget tremendously and deliver development rather than increasing VAT that will only deter the standard of living in Nigeria. Also, the increased cost of governance – an increase in the number of ministers does not increase any form of efficiency.

“Key priorities for the socio-economic sector; like other years, the financial allocation to the Socio-economic sectors – Health, Education, and Agriculture did not see any considerable increase. While the power sector which has been privatised and supposed to have been yielding income to the Federal Government of Nigeria is gulping about N15 billion higher than the allocation to UBEC, it becomes worrisome on how much of a people-oriented budget it is going to be.”

He, however, called on the National Assembly not to be in a hurry to pass the budget but should take time to do a thorough and detailed work on the proposed budget.

“We ask that there should be strategic planning which is time-bound, with an incremental investment in infrastructure.