The federal government has ordered power distribution companies, DisCos, to migrate to cashless settlement platforms with respect to the collection of electricity bills from residential, industrial and commercial customers. 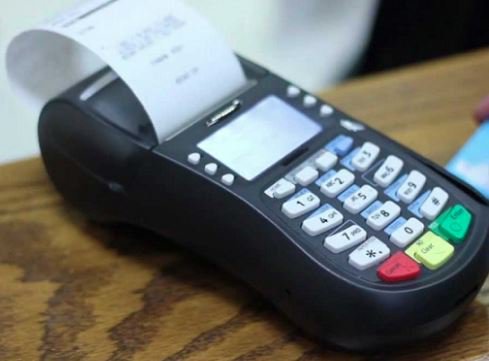 The order, issued by the Nigerian Electricity Regulatory Commission, NERC, in a document with reference ‘Order No/NERC/183/2019,’ stated that beginning from January 2, 2020, the DisCos had till January 31 and March 31, depending on the class of customers, to comply with the directive.

That means the playing field in Nigeria’s rapidly expanding market for digital payments will get more crowded this year as the country paces towards squeezing out the use of cash in the settlement of utility bills.

Many analysts believe that following the NERC’s directive, Nigerians will be facing an expanding array of local and international cashless settlement platforms in contrast to emerging markets like China where only two home-grown technology giants dominate the scene.

The order, which James Momoh, NERC chairman; and Dafe Akpeneye, NERC commissioner in charge of Legal, Licensing and Compliance, signed on 30th December, 2019, stated that the rationale behind the directive was to reduce collection leakages/losses and improve overall revenue assurance in the Nigerian electricity supply industry.

Beyond that, observers believe the directive will enhance Nigeria’s adoption of the multiple-player model in the e-payments market where the consumer retains the choice to continue using his bank account, and any provider he prefers.

Expectations are also high that more collection agents, super agents, sub-agents, payment solution service providers and payment terminal service providers will be engaged by DisCos in compliance with the directive after due registration with both the Commission and the Central Bank of Nigeria, CBN.

Latest statistics from Nigeria Inter-Bank Settlement System, NIBSS, indicate that instant payment volume growth in the country grew from 4.5 million in 2012 to 729 million in 2018. Between January to June 2019, the volume growth stood at 504.4m with N49.4 trillion in value.

The data also indicate that instant payers in only five states (Lagos, FCT, Rivers, Ogun and Oyo) contributed about 50 per cent of total volume growth.

It further stated that 80 per cent of all instant payments in the first half of 2019 occurred using mobile phones either through apps or USSD.

Many experts believe that with right policies and strategic partnerships among industry players, the potentials for greater expansion of Nigeria’s e-payment ecosystem will  harnessed.

“Sub-Saharan Africa is the fastest growing payments market in the world, with growth driven by a young and dynamic population, rapidly evolving consumer behaviour, and an increasing desire for payment solutions that can be accepted across the continent and abroad,” Mitchell Elegbe, Founder and Chief Executive of Interswitch, said in a recent interview.

The structure of Nigeria Central Switch, NCS, operated by the NIBSS has the potential of allowing the country to catch up with other emerging markets like China, where Alipay and WeChat Pay are omnipresent and have sharply reduced the use of cash for payments.

The NCS facilitates the entry of new players into the financial industry to seamlessly plug into the financial services sector, and use the NIBSS infrastructure which links all the nation’s banks to create new digital payments services quickly and cheaply.

It was established as part of the drive to reduce the use of cash and bring more Nigerians into the financial system.

Despite its open market model and the multitude of competitors, Nigeria has a long way to go. Cash is still the main payment instrument in the country, according to the CBN.

In Nigeria, there were only 11 card transactions per adult per annum in 2018 compared to 92 in markets like South Africa, 126 in Brazil and 465 in the UK.

Despite this market under-penetration, POS card transactions in Nigeria are expected to grow at a Compound Annual Growth Rate of 63 per cent between 2018 and 2023.

Though the volume of electronic transactions in the first quarter of 2020 will rise owing to the Federal Government’s order to DisCos on cashless payment settlement, cash is likely to retain its leading position as the leading mode of transactions.

Many Nigerians, especially in rural areas, remain unable or unwilling to accept cashless settlement platforms due to network connectivity issues and a reluctance to pay charges for what are often low-value transactions.

Therefore, as the Federal Government seeks to reverse this trend and position the country towards a digital economy, the key challenge will be how to spread investment in digital payments to rural Nigeria, where more than half of the country’s 200 million people live and where the value of individual transactions is lower.

But the wide choice of payments systems and the relative ease with which Nigerians can switch between providers should allow the country to move relatively fast toward the goal.

To Babatunde Soyoye, co-founder and Managing Partner of Helios, an investment company, the government’s order to DisCos on cashless payment settlement presents an opportunity to deepen investments in the e-payment ecosystem.

“As an active investor in leading African payments businesses, we see tremendous opportunities to digitise payments across the continent and have worked to build a high quality and scalable platform geared to address some of these opportunities,” he said.

On concerns that more than half of the Nigeria’spopulation may be unable to use e-payment for settling their electricity bills, because they are not literate, a source in the CBN said: “Even though a large number of Nigerians are not literate, there is a high level of numeracy as many Nigerians can use mobile phones, and engage in functions like recharging, PIN entry and SMS. These functions are all what is required to do mobile payments.

“In addition, biometrics is being used in some ATMs and POS; this will help in user identification and ease usage. It is important to note that literacy is different from numeracy; Nigerians are quite numerate especially when currency is involved; and what is required for these electronic systems is numeracy.”