Despite efforts by the President Buhari-led administration to promote transparency and accountability in the public finance system, indications have shown that more ministries, departments and agencies (MDAs) were not ready to toe the transparency line. 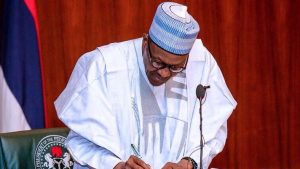 This was confirmed in the latest 2017 Audit Report published by the Office of Auditor General of the Federation on Wednesday with defaulting MDAs rising to 265, up from the 160 defiant ones in 2016.

Anthony Mkpe Ayine, the Auditor General of the Federation, had in a letter with Ref No AuGF/AR 2017/CONF./01 dated 22nd July 2019 addressed to the Clerk of the National Assembly submitted the copies of the Audit Report for the lawmakers’ information and necessary action.

During the year under review, apart from the number of defaulting MDAs rising astronomically, the Auditor General for the Federation reported also that 11 MDAs had never submitted their financial statements for audit since his assumption of office.

On compliance by parastatals with financial reporting requirements, Ayine lamented that even though the Financial Statements of government statutory corporations, companies, commissions, etc., did not fall within the purview of his office’s constitutional responsibility, efforts by the Office to make the affected agencies/companies to submit the statements for his comments failed.

Specifically, he alleged that some of the corporations, companies and commissions had not submitted their audited accounts to his Office as at 30th June 2019, despite the provision of Financial Regulation 3210(v) which enjoins the Chief Executive Officers of the bodies to submit both the audited accounts and management reports to me not later than 31st May of the following year of Accounts

While noting that there has been some marked improvement in the audit report process since his last report, the Auditor General for the Federation advocated the sanctioning of Chief Executive Officers of the defaulting agencies, including withholding financial releases to such entities.

Ayine also decried sundry weaknesses and lapses in the MDAs’ management of public funds and resources during the annual audit.

He reported: “A number of major weaknesses and lapses in the management of public funds and resources were identified across several MDAs during the annual audit. A separate section is therefore included in this annual report to highlight the key issues.

“Our findings range from irregular expenditures to failure to surrender surplus revenues to the Treasury, all running into billions of naira. Also notable was the continuing failures in the implementation of International Public Sector Accounting Standards (IPSAS).

“Overall, our findings are indicative of significant weaknesses in expenditure control, accounting, financial reporting and in the completeness and accuracy of the consolidated financial statements”, Ayine added.

On the deficiencies in the financial reporting and consolidation process, the Auditor General reported that deficiencies were noted in the process for consolidating the balances of the MDAs into one economic entity in addition to significant discrepancies in the accounting records as well as material balances which needs to be reconciled.

He also advocated the need for adequately define the consolidation boundary for the Federal Governments’ financial statements, among other recommendations.