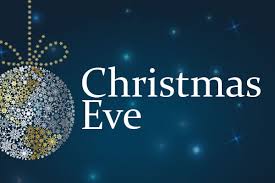 were not successful according to records from the Nigeria Inter-Bank Settlement System Plc.

As of 8.13pm on Monday, the NIBSS revealed that a total volume of 1,107,229 transactions were conducted with an average processing time of 15 minutes, 49 seconds.

It disclosed that the failed volume was 276,852, which was 25 per cent of the total volume.

It was set up by the Bankers Committee as a shared-service infrastructure for facilitating payments finalities, streamlining inter-bank payments and settlement mechanisms, to drive and promote electronic payments across the Nigerian financial industry.

It also initiates and develops an integrated nationwide network for the electronic or paperless payments, funds transfer and settlement of transactions, while also providing framework for elevating the level of efficiency in funds transfer services generally.

The CBN, in its half year report on ‘Nigeria Inter-bank Settlement System Instant Payment’ stated that the volume and value of the NIBSS instant payment transactions increased to 308.4 million and N36.89tn in the first half 2018, from 150.5 million and N24.49tn respectively, in the corresponding period of 2017.

FG to prosecute those linked with $9bn UK judgment