Not less than 3.7 million passengers would be affected by the United States travel ban according to the International Air Transport Association (IATA) estimates after President Trump banned travels from the US to Europe, excluding United  Kingdom, which pulled out of European Union recently. 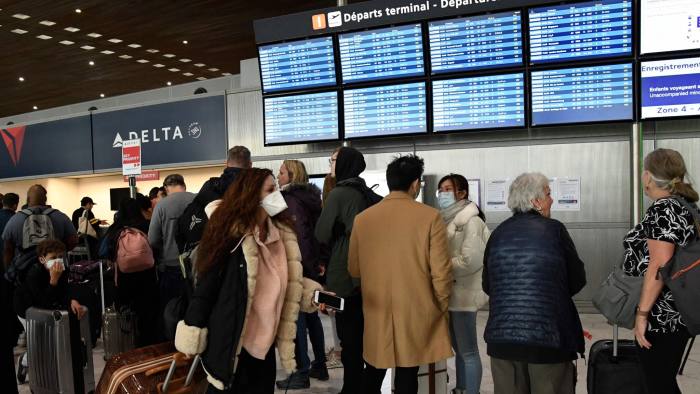 Working with 2019 travel figures, IATA estimates that there are about 200,000 flights scheduled between the United States and the Schengen Area, equivalent to around 550 flights per day and about 46 million passengers (roughly equivalent to 125,000 travellers every day). Trump announced suspension of all travel from Europe to the United States for the next 30 days.

The international airlines owners body said that IATA and its members would continue to support governments in their efforts to contain the spread of COVID-19 but that the US measures would add to airlines financial pressure. IATA had predicted about $113 billion loss to airlines following the outbreak of the coronavirus, without envisaging the US travel ban.

The US measures, the global airline stated would add to this financial pressure, adding that the total value of the US-Schengen market in 2019 was $20.6 billion. It also noted that the markets facing the heaviest impact are US-Germany ($4 billion), US-France ($3.5 billion) and US-Italy ($2.9 billion).

It contended that suspending travel on such a broad scale will create negative consequences across the economy, adding that airlines were already struggling with the severe impact that the COVID-19 crisis has had on their business.

Alexandre de Juniac, IATA’s director-general said, “These are extraordinary times and governments are taking unprecedented measures. Safety—including public health—is always a top priority. Airlines are complying with these requirements. Governments must also recognise that airlines, which employ about 2.7 million people are under extreme financial and operational pressures. They need support.”

IATA urged governments to prepare for the adverse economic impact that they will cause when taking such measures, adding that the dimensions of the US-Europe market are enormous.

“Governments must impose the measures they consider necessary to contain the virus. And they must be fully prepared to provide support to buffer the economic dislocation that this will cause. In normal times, air transport is a catalyst for economic growth and development. Suspending travel on such a broad scale will create negative consequences across the economy. Governments must recognize this and be ready to support.

While announcing the travel ban at the Oval Office on Wednesday, Trump had described Coronavirus outbreak as “a foreign problem.”

Meanwhile, the EU in its reaction condemned Trump travel ban on 26 European countries.

It “requires cooperation rather than unilateral action,” they said.

The ban is due to go into effect on Friday at midnight EDT (0400 GMT).

It affects only countries that are members of the Schengen border-free travel area and does not affect US citizens, the UK, or Ireland.

Nigeria to begin fresh subsidy on transportation of gas products, despite N10.7trn spent in fuel 10-yrs