The $60 billion inflow from the investors’ and exporters’ Foreign Exchange (I&E Forex) window has been identified by Central Bank of Nigeria (CBN) governor Godwin Emefiele as one of the policies that sustained the stability of the naira. 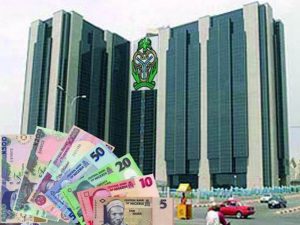 Speaking at the 54th annual Bankers Dinner in Lagos at the weekend, Emefiele said that as part of the bank’s priorities for next year, the regulator was determined to maintain its stable exchange policy stance in the near to medium term given the relatively high level of reserves.

Emefiele, who spoke on the theme: “Delivering a strong Sustainable Growth for the Nigerian  Economy”, said the Investors’ and Exporters’ Forex Window has attracted over $60 billion worth of transaction since the inception of the window in April 2017, adding that the inflows has supported naira’s stability.

He said: “With a moderated inflation rate, positive Gross Domestic Product (GDP) growth and improvements in our external reserve position, the naira-dollar exchange rate at the I&E Forex window has remained stable for the past 29 months at N360 – $1 and we have witnessed significant convergence in the exchange rate across the various market windows. Local currency has also remained at N306 to dollar at the official market.”

Emefiele said the headline Inflation declined from its high of 18.7 per cent to 11.08 per cent in August 2019.

The CBN boss said: “We recently noticed an uptick in headline inflation, which stood at 11.61 per cent in October 2019, partly driven by cost – push factors such as the recent border protection measures of the Federal Government.

“We believe this effect will be temporary, as efforts are currently being made to induce greater production of staple food items. However, core inflation as at October 2019 is now under nine per cent. This decline in inflation has been due to our maintenance of a tighter monetary policy rate at 13.5 percent, and improved inflow of foreign exchange.

“Besides, the forex reserves remained above $40 billion as at October, relative to its low point of $23 billion in October 2016. We have been able to build our reserves in the midst of lower oil prices, as strong reserves aid the confidence of domestic and external investors. Today, our current stock of external reserves is able to finance 9 months of current import commitments.

Emefiele also listed the bank’s other priorities for 2020 to include support for greater economic growth, price stability and low inflation, even as he hinted on the continued tight monetary policy stance of the bank and the establishment of a Bankers’ Charitable Endowment Fund.

The CBN governor announced the establishment of a Bankers’ Charitable Endowment Fund that will fund a major charitable initiative every year starting in 2020. According ‘to him, the endowment will directly fund strategic social programmes in states and local communities across Nigeria.

He expressed the hope that the Fund would spur a trend across other industries and sectors to collaborate and work together to better the lives of all Nigerians.