Divestment by insurance firms has become the standard in much of the coal industry in recent months, as coal companies now face soaring premiums, reduced coverage, and longer searches to find insurance, according to a new report on the annual scorecard on insurance, fossil fuels and climate change. 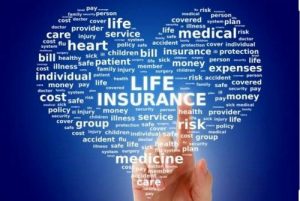 The scorecard analyses the evolving role of the global insurance industry in the fossil fuels sector, and in avoiding catastrophic climate collapse. It focuses on 30 leading primary insurers and reinsurers, assessing and scoring their policies on insuring and investing in coal, oil, gas, and other aspects of climate (in)action. The report highlights progress and loopholes, calls out leaders and laggards, and identifies challenges and opportunities for the year ahead.

From the last week of October to November 12, world leaders and heads of global institutions gathered in Glasgow, Scotland for the COP26 climate conference, where the major decision centred on adopting the energy transition aimed at net-zero global temperature by 2050. This translates to campaigns aimed at reducing the greenhouse gas (GHG) emissions, getting countries and international oil companies to divest from fossil fuels and coal.

As of last year, more than 65 insurers with combined assets of $12 trillion had divested from coal or pledged to make no new investments, while many have also divested from tar sands, according to the ‘Insure Our Future’s’ fifth annual scorecard on insurance, fossil fuels and climate change.

The report on the insurance industry’s response to the climate crisis, reveals that insurers have lost their leadership role on the topic. The global industry has taken swift action against new coal projects, which have become nearly uninsurable.

But major US insurance companies such as AIG and international specialty insurers are said to continue to prop up coal.

According to the ‘Insure Our Future’ campaign, the US now hosts the last big group of insurers without any coal restrictions, and no companies made new commitments this year. This undermines the Biden administration’s efforts to accelerate the phase-out of coal.

Since the Paris Agreement, the preconstruction coal pipeline has collapsed by more than three-quarters to 297 gigawatts (GW), and China’s pledge in September to stop building new coal power plants overseas will end construction in much of the world.

The insurance industry must now accelerate the phase-out of existing coal operations and initiate broad momentum away from oil and gas.

Reinsurers have started removing coal from their treaties, an important move because insurance laggards may be reluctant to cover existing coal operations if they cannot reinsure them, said the report.

However, ‘Insure Our Future’ blamed the insurance industry for “doing almost nothing to prevent the growth of oil and gas production”.

So far, Swiss Re and Munich Re are the only insurers that have taken initial steps to phase out investments from oil and gas more generally.

European and Australian insurers continue to set the pace on coal, but East Asian insurers are starting to withdraw support, the report said.