The state of being industrious, hard-working or diligent, for the actualization of a time-bound target that is matched with adequate performance in the course of executing an economic programme strategically designed to achieve and record positive results defines an actively engaged system. This significantly explains the framework for productivity in an economy. It is also pertinent to note that, without daily economic and commercial activities visibly observed and clearly identified to be operational in a system, the eventual outcome(s) shall definitely be failure (from a position of not being a productive entity, all things being equal).

On the other hand, a narrative is given of a sluggard, who is characterized as a lazy and sleepy fellow that is not a hard-working personality, but who is actually expected to be gathering food at harvest times and storing the same in summer, for the winter. The principles of sustainable existence in life abhor idleness and non-productivity at all times and in any situation or circumstance. It is actually a natural phenomenon; and the law of nature (for survival) has no place for joblessness. The law forbids it, otherwise failure sets in as everything can be brought to a halt without means of sustainable maintenance, because of the lack of obvious means of livelihood. This scenario is a template extrapolated from a microeconomic situation to a macroeconomic level where consumption surpasses productivity. 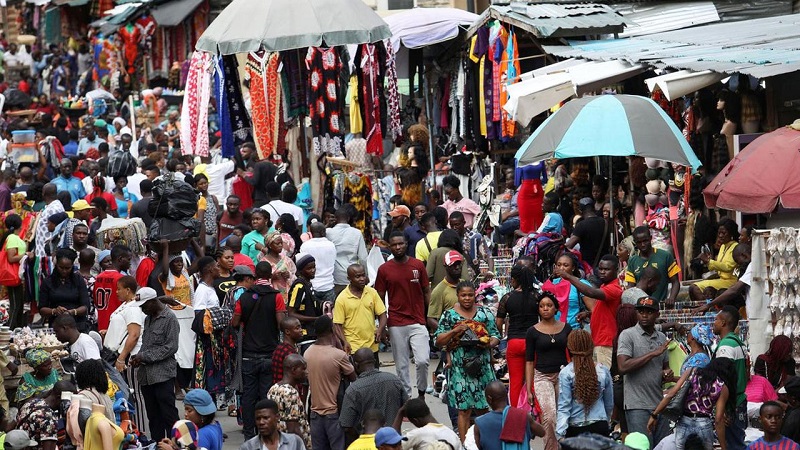 Examining the Nigerian economy (significantly impacted by importation which weighs against national economic efficiency), a lot of the observed economic indices from the nation’s performance scorecards show that the nation has actually performed poorly and very much below expectation, considering the enormous opportunities at her disposal (socio-economically, commercially, growth-profiling, and political-advancement), and her very rich natural endowments. This outlook as critically observed and equally analyzed (without any bias in scale-rating, on the key performance indicators), portrays an economy that needs to improve greatly in her governance structure, infrastructural reforms; internal and external economic and commercial activities, over a given periodic plan for future economic repositioning in all known economic sectors. Especially, in the agricultural and the renewable energy sectors that can further fuel, power and drive the rest of the sectors to sustainability now that the oil and gas sector that produces fossil fuels that lay the golden eggs for the nation’s significant foreign exchange earnings, is being downplayed globally in the ongoing energy transition programmes.

A “consumer nation” status or “productive economy” profiling is the main thrust of this article under known economic principles that manifest economic factors for growth and development. Growth and development indicate ultimate performance targets of national achievements through assiduous efforts for commercial activities carried on along every known value chain. Diligent hard-work is also required for results to be made from healthy economic competitiveness amongst the comity of nations, in international trade and commerce arena, and in world economic politics. The major focus for Nigeria should be rebuilding the economy, making the economic wrongs of yester-years right; and most importantly, emerging as a global champion through innovative and inventive strategies by concentrating more on food (for food security) and renewable energy productions.

The world’s food supply chain and pricing are already threatened by the ongoing war in Ukraine, since the Russian military invaded the country on 24 February 2022. The feared future global food insecurity and hike in food pricing have drawn the attention of various nations to the need for re-strategizing ways and means to mitigate impact of future food scarcity. For the Nigerian economy, agricultural programmes and agribusiness strategic plans that would involve all stakeholders in agro-allied industry, along with big-time players and professionals in foods and nutrition, farmers groups and associations in the various designated agrarian communities in the land (through their respective farmers co-operatives); need to join hands and apply all their known subsistence farming methods and approaches to deliver food sufficiency, through the support of the governments (at local, state and federal levels), by providing the needed agricultural mechanization tools and equipment to enhance high productivity yields for the various small holder farmers within the 774 local governments. Each of these, with their various recognised livestocks and crops, known for their respective comparative economic advantages, can boost agribusiness in a very short run, for a productive economy. This the various governments must do, to not only improve food sufficiency in the country but, go further to grow the gross domestic product and contribution to the economy; as the productivity profile of the economy starts improving by the day, through agriculture and agribusiness, as well as agro-allied businesses.