What can Big Food do to better serve all its stakeholders? Start anywhere, but follow it everywhere. 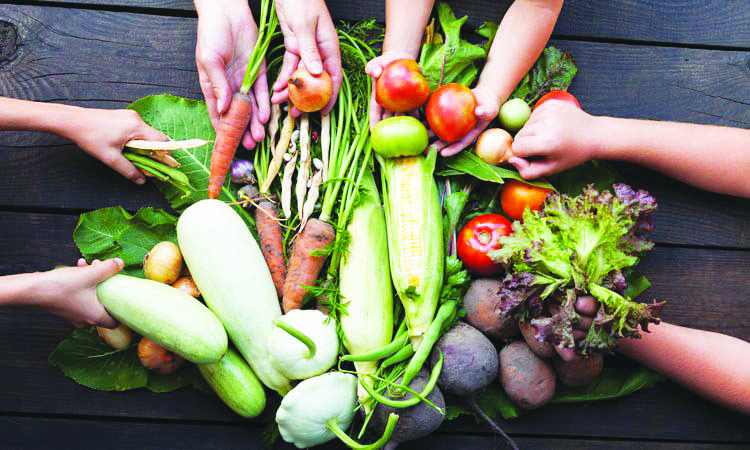 No industry’s long-held certainties are sure to survive this era of empowered consumers and disruptive technology. But perhaps no sector faces a more fundamental shift than Big Food.

Well-established industry consensus has crumbled as Big Food pants to catch up with rapidly changing consumer preferences. The values – taste, convenience and brand familiarity – that ruled the industry for decades are making way for a new set of priorities, championed mainly by millennials: health, transparency, brand benevolence, etc.

In the past, humanitarian concerns regarding food centred on whether the food supply could keep pace with population growth. Now, the main issue has switched from scarcity to disparity. Although the total production capacity increases, development varies across regions globally, regionally and even within a country. When combined with the challenge of distribution, this leads to excessive consumption and even waste in some regions while hunger remains in others.

When production catches up with population growth, we need to ask a new set of questions. For example, if you are a manufacturer of candy, other sugary snacks or fizzy drinks, is it still OK to set an annual growth target of 10 percent? Where will the new growth come from? Is it still healthy to continuously increase our sugar consumption? Is it time to consider a different set of goals for the food industry?

Moreover, governments and the public at large are starting to turn their attention toward Big Food’s considerable contribution to climate change. In our recent interview, David Nabarro, Professor of Global Health at the Imperial College London and a former special advisor to the United Nations, explained that “food and food systems are contributing to about 30 percent of the greenhouse gas emissions that occur in our world at the moment.”

There are additional sustainability concerns stemming from the industry’s focus on growth, among them deforestation, reduction in biodiversity, air pollution, water depletion and plastic waste. These factors are beyond the simple “side effects” of food development as they start to threaten the existence of our species.

We need to shift our frame of mind in order to change the focus of our collective effort. Starting and reinforcing this shift, we need to change how we structure, operate and incentivise our food systems.

If the food industry has been slow to change, there are good reasons why. In addition to being a US$6 trillion business, food is obviously a necessity for human survival. In one way or another, its value chain impacts all of us. The human implications of business strategy in the sector weigh heavily on all its stakeholders.

Furthermore, food production ecosystems are complex and involve stakeholders beyond the industrial players. For example, cocoa farming impacts the lives and livelihoods of entire communities, from education to occupation, from an individual farmer’s well-being to their family’s survival — and the impact could span across generations.

Change leaders in the industry

Given these enormous challenges, where can we get a glimpse into a sustainable future for food? Nabarro explained, “The companies that I’m working with that inspire me most are both large and small companies. So please don’t imagine it’s just the multinationals with famous brands.”

What unites these companies is a willingness to start right away, combined with enough systemic awareness and capabilities to expand the scope of change over time. For example, Nabarro mentioned one “famous company that’s got some very good brands in the confectionery and snack business” that set out to ensure its supply chain was “clean”. Gradually, it has refined and broadened its definition of clean to include not only materials used in production but also its supply chain and labour practices. Verifying that child labour was not being used and workers were being fairly treated at every phase of the process was “so, so hard”, yet the company has persevered in its commitment. “Gradually, you move to the next stage where the company says, ‘We’re not just gonna be content with our own supply lines, our own products, but we’re gonna work with others through umbrella groups like the Consumer Goods Forum and so on to actually spread the message,’” Nabarro said.

This massive and complex transformation may very well change the entire industry. But to make it work, businesses need to start small, Nabarro advises. “Start anywhere, but follow it everywhere” is his rule. The intricately interconnected nature of food systems renders the starting point less important than one’s determination to continue pushing change wherever possible.

Entering this uncharted territory, you are more likely to encounter brick walls than well-worn paths. It is important to use creative and critical thinking skills to tackle those hurdles one at a time. For example, you may start with the idea of reducing single use plastic and focus on recycling. Then you may run into the challenges of city infrastructure and recycling logistics. Once you start experimenting with a city government, you may run into challenges of public awareness and adoption.

Thankfully, there are some successful examples to follow. The chocolate manufacturer Barry Callebaut recognised the importance of cocoa farmers ahead of the consumer demand for responsible sourcing. Andreas Jacobs, while chairman of the board, made the commitment and the company participated in rethinking and rebuilding the livelihood of cocoa farmers. It takes new ideas, commitment to experimentation and multiple stages to come up with innovative solutions to tackle the complex issues beyond simple economics. Barry Callebaut acted upon its commitment and made visible progress. More importantly, it paved the way for the industry as a whole to rally around this critical issue.

Digital innovations, particularly Internet of Things (IoT) and sensor technology combined with data analytics, can help assess progress. At the same time, a single company’s capability to collect, integrate and analyse data may be limited. It is, therefore, critical to aggregate data at and even beyond the industry level.

The Sustainable Development Goals (SDGs) serve as an important framework to track progress around these critical issues beyond a single company or one industry. For example, SDG No. 2 (zero hunger) could serve as an umbrella goal to measure progress compared to past benchmarks, as well as estimating the company’s net contribution to the endeavour as a whole.

Food industries, among other FMCGs, share an intertwined future with each consumers and our collective human society. Therefore, business bears a responsibility beyond profit, return on capital and shareholder value.

The road ahead will be difficult, but Nabarro sees strong reason for hope. He says he’s found surprising success by facilitating conversations between parties with competing interests. “One of the ways I’ve been doing this,” he says, “is by encouraging conversations between the different interested parties in food systems…For example, nutrition versus environment versus farmer welfare versus productivity.”

Over the past year, approximately 1,000 people have taken part in these ecosystem summit meetings, Nabarro claims. Further, he says “almost as much as 70 percent of the basic disagreement nexus that gets people wound up can actually be resolved simply by talking to each other.”

Chengyi Lin is an Affiliate Professor of Strategy at INSEAD.