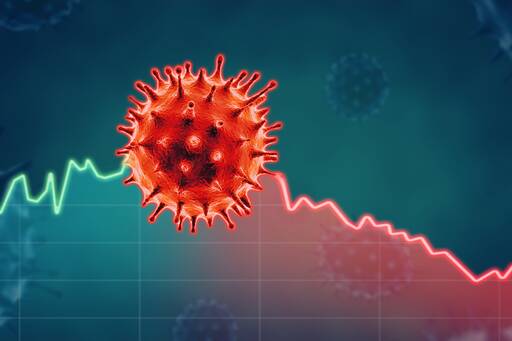 Never mind the COVID-19 pandemic, deadly as it is, international finance and commodities traders and investors are still on the prowl looking for deals. It is at times like this that they pounce to buy cheap. In Johannesburg, South Africa, some years ago, when Zimbabwe was tanking, on a conference shuttle bus between hotels, some Western investors were telling me how much of a good business they were doing in Harare.

But sometimes, such adventurous moves work well with what the Sage of Omaha, Warren Buffet, calls Brick and Mortar buys. Not many analysts agree that it will work well with the search for crude oil in Nigeria’s marginal oil fields though, following what appeared to be a desperate chest-beating announcement by Nigerian oil sector honchos, first Timipre Sylva, minister of state for petroleum resources (MoSPR),and then secondly, Mele Kyari, group managing director, Nigerian National Petroleum Corporation (NNPC) of plans afoot to get a marginal fields round going; very quickly.

The last bid round on such fields was held in 2002, when 24 fields were sold to 32 companies in 2003, and plans for another round has been on for over 10 years. Suddenly, it is here and analysts, home and foreign, do not see any good coming out of it, especially with its timing, and especially when certainty has not been brought to bear on the industry. They strongly believe that it would tank, like Zimbabwe’s economy did in the mid to late 2000s.

Marginal fields are described as oil fields that have been discovered by major international oil companies (IOCs) in the country while exploring larger acreages, but which stay undeveloped for more than 10 years. The President, by the provisions of the Petroleum (Amendment) Act of 1996 also has the power to declare a field as a marginal field where a discovery has been made in such a field but it has been left unattended for 10 years. Marginal fields in Nigeria are located onshore and in the shallow waters. There are about 178 marginal oil fields. In 2003, the government awarded 24 out of these. Currently, statistics show that 9 out of these 24 are productive while the others are under- utilized

Anthony Goldman, London-based political and economic risk analyst told business a.m. that he does not quite understand the hurry to do a marginal bid round at this time.

“Calling a new round for marginal fields, before a PIB [Petroleum Industry Bill) is passed and when oil prices are in free-fall, makes no sense, at least, no commercial sense,” said Goldman. According to him, under current circumstances, the decision appears unhinged.

He also drew attention to the revocation of licences of some of the existing marginal fields, some of which have been added to make up the 56 that are said to be available for the planned bid round.

According to Goldman, revoking marginal licences would mean possible legal issues arising that could have implications for attracting potential interested bidders, if there are any at this unsuitable time. “I guess most of the companies must at least be considering litigation,” he said.

He thinks the whole approach, even with the challenge of timing, has also drawn attention to the weakness of the current law under which marginal fields operate. “Why draw attention to the weakness of the current law, which lacks real legal clarity over rights to revoke for non-performance, and always ends up in court or quiet deals, if a new law is apparently only just around the corner and presumably tightens up all the loopholes that have created all the problems over the years, over attempts to enforce ‘use it or lose it’?” He queried.

MadakiAmeh, an oil industry lawyer, is also worried about the timing, either in terms of revocation of licences or conducting a bid round.

“I think this is a wrong time to revoke marginal field licences or carry out fresh bid rounds from the government perspective, because the yield from such a process will be lack lustre and the cost of conducting it will outweigh the revenues, if any is obtainable from it,” Ameh said.

He noted that from the point of view of the investor, it may well be an excellent time to buy cheap, and then wait for the market to correct itself, adding: “A marginal field licence with a modular refinery attached to it is a diamond mine,” Ameh said.

RonkeOnadeko, an oil and gas expert and principal consultant, DRNL Consult, also shares the view that this is a wrong time to do a bid round for marginal fields, as she believes assets would be grossly undervalued.

Onadeko believes that if government was looking for funds, it could consider a number of other assets to dispose of to raise cash.

“If this bid round was planned before the pandemic it should be reconsidered. Timing is at the worst, right now. Assets will be grossly undervalued. Serious players will not come to the table at a time like this,” Onadeko said.

According to her, financing for such an exercise will hit brick wall as international banks are “reeling from exposures to the pandemic. Local banks are barely surviving and remain exposed from independent oil companies. I am sure they have gone over their single obligor percentages for oil and gas as it is,” she told business a.m.

She agrees with Goldman that the fact that the PIB has not been passed is an issue. “My view is that there are more serious issues to tackle in the sector. If the main goal is to raise money there are many other assets that can be sold and leaks blocked. I hope the blocks /fields will not end up in the hands of non-industry, deep pockets, that are politicians and will end up not performing,” she quipped in the event that the bid goes ahead.

She advised that if government was looking to raise funds it should consider privatisation, concession, divestment or outright sale of assets, noting that government has assets it can sell, including four refineries, pipelines, depots, coastal storage, inland storage and buildings.

“Oil and gas assets such as fields can be divested from and shares sold to individuals or corporates(local or international),” Onadeko advised government policy makers.

A former senior executive of one of the oil majors in the country, who did not want to be named, said it does not make commercial sense to do this now.

“But it is a symptom of the policy malaise in government. The marginal field sale idea is a delayed announcement of a decision made before the [oil] price collapse, during budget preparation and in reaction to fiscal shortages.

“Notice that it came out when the COS [Abba Kyari, the late chief of staff to President Muhammadu Buhari] was in hospital, indicating that certain elements in government wanted to move on something some other elements had been sitting on,” he said.

Reacting to the matter of possible revocation of licences of some of the marginal fields, he told business a.m. that such a move was possible, noting that every case is different. “In some of the cases government is well within its rights where the fields have not been developed within the statutory time. In others the government may have forgotten that it had collected money for license renewals so the holders are still within time. But on the whole, there is clear evidence that policy is incoherent within government and out of sync with commercial reality,” he maintained.