Ahead of commencement of full electricity distribution operations in Aba, an industrial city, Aba Power Ltd (APL), run by Geometric Power Ltd, has begun a survey of consumers expected to be hooked on its electricity supply grid in the Aba Ring-Fenced Area (RFA).

The power company’s foreign partner, National Rural Electric Cooperative Association (NRECA) of the United States is now training 35 Nigerians professional to work with the utility company on enumeration of electricity consumers in nine out of the 17 local government areas (LGAs) in the State where it is said to have been providing electricity since February this year. 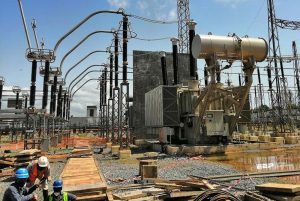 The power utility facility sited at Osisioma near Aba, with its own power grid lines, is set to provide stable power to Aba, an industrial city and an SME-specific hub. The plant suffered a nine-year tussle over the right of ownership of the Aba-Ringed Fence Area (RFA) which took a toll on the financiers of the project, a development that economic analysts measure could clearly delay the project’s expected period of return on investment (ROI).

APL is tying its impressive electricity selling services to end ‘suppressed demand’ in power supply, a regular nightmare in Nigeria for over 45 years. The nine LGAs in Abia covered by Aba Power Ltd were already experiencing dramatic improvements in electricity supply, a rare development for Aba business people, who have been starved from electricity services over the decades.

Nnaji, a professor of manufacturing engineering, noted that the Aba Power project remains an article of faith to him to provide world-class service in electricity to an industrial city like Aba.

According to Patrick Umeh, managing director of Aba Power, a former commissioner with the Nigeria Electricity Regulatory Commission (NERC), the enumeration will start this week until the next four months.

The enumerators which include computer analysts, statisticians, geographers and related professionals, using the Global Positioning System (GPS) technology to conduct the exercise, will go from house to house for the four-month period.

Umeh, a former executive of the Los Angeles Water and Power Company in California, U.S, said the enumeration became necessary because “Aba Power Ltd is embarking on a major network expansion to enable it provide not only 24-hour service from year-to-year to all consumers, but also quality power to make manufacturers in Aba and its environs become more competitive”.

Among other benefits, the enumeration will help the company to determine transformers and other electricity distribution infrastructure which are already overloaded or may be overburdened soon.

“We are using the GPS to identify the location of each structure and the consumers there; and provide each a unique identification number which will be used to deal with any problem from each structure”, Umeh explained.

He informed that some electricity consumers are exploited by their landlords and even co-tenants through non-provision of separate meters.

“These consumers pay electricity bills to the landlords and fellow tenants, as the case may be, but the latter pocket the money, making the helpless paying-consumers suffer unfairly when they are cut off from power supply for non-payment. We will end this exploitation by providing each consumer with a separate meter as we carry out the consumer survey,” he stated.

The Aba Power boss disclosed that some places within the company’s coverage area were still without electricity, describing the development as “unacceptable in the 21st century as Nigeria is in a hurry to develop rapidly. All these gaps have to be closed immediately”.

An engineer with the utility firm, Jude Efidi, said there has been massive and sustained improvements in power supply in recent months in the Aba Ringed-Fence Area serviced by Aba Power.

He said local and foreign manufacturing firms which had for years depended on self-power generation on account of the inefficient public electricity supply were beginning to turn towards Aba Power, because they found it far cheaper to obtain power from us”.

He mentioned companies like the Nigerian Breweries Plc and Guinness Nigeria Plc with massive plants in Aba. These companies had for long been providing their own power due to the poor and unpredictable supply from the national grid, which had caused them to lose some of their sensitive and expensive equipment and machines.

“The era of what economists call suppressed demand is coming to an end as far as power supply in the nine LGAs in Abia State is concerned because of the dramatic improvements in our service delivery. The enumeration has become imperative to enable us to plan effectively not just for now but also for the future, as is the case in developed nations,” Efidi said.