By Samson Echenim
Okezie Ikpeazu, governor of Abia State says his government plans to leverage on the industrious and innovative people of the state to transform the state into an industrial hub, urging the African Development Bank (AfDB) to help make Enyimba Economic City (EEC), an ambitious economic hub, a reality. 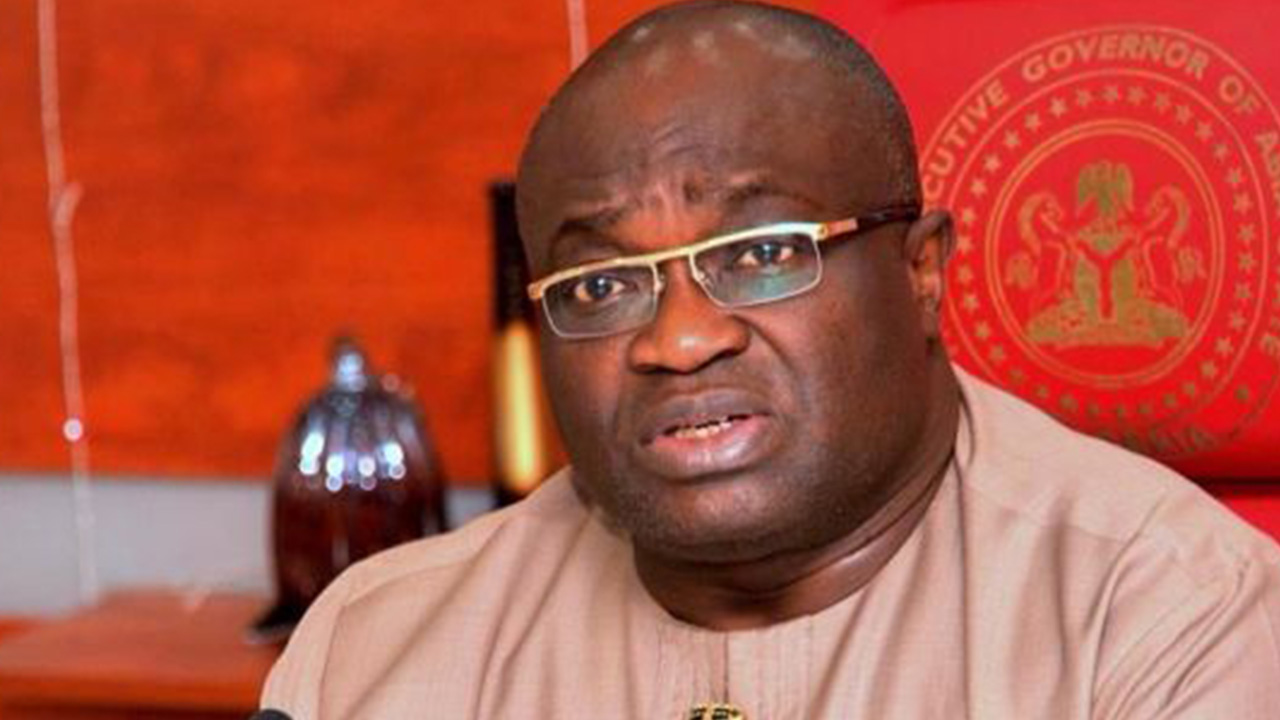 Ikpeazu, who met with African Development Bank President Akinwumi Adesina on Tuesday at the bank’s headquarters in Abidjan, Cote d’Ivoire to discuss investment for Abia to help boost job creation and enhance livelihood, said a thriving entrepreneurship industry and agricultural base in Nigeria’s Abia State were the foundation for the creation of a potentially viable industrial hub.
“Our vision is to leverage the capacity of our people to become the SME capital of Nigeria.  Our people are industrious and innovative. For instance, our people are known as top players in the leather industry. We have a new shoe factory that is producing over 50, 000 shoes. We particularly need the Bank’s help to address the State’s infrastructure deficit,” the governor said.
With a population of over 2.8 million, Abia State is looking to the bank to help make Enyimba Economic City (EEC), an ambitious economic hub, a reality. The State Government’s goal is to transform the region into a manufacturing and industrial powerhouse and create 700,000 jobs over five years.
The project, presented at the Bank’s 2019 Africa Investment Forum, has received significant investor interest, officials said.  Other investment interests include a waste-to-energy project.
The bank’s support was also sought to facilitate the Abia State Integrated Infrastructural Project which is designed to develop massive infrastructure in the State, especially in the commercial city of Aba and the State capital of Umuahia.
Adesina said Abia State had “huge potential in agro processing and human resources. “The Bank’s role is to support governments like yours to transform their economies and create jobs,” he said.
Ikpeazu also requested the Bank’s support for the development of key agricultural value chains, including palm oil, rice, cocoa, cassava, maize and cashew, that would also create jobs for women and youth.
Accompanying the governor were the Commissioner for Works, Chidozie Bob Ogu, Commissioner for Finance, Aham Uko, Commissioner for Agriculture, Ikechi Mgbeoji and the Special Adviser to the Governor on Inter Governmental Affairs, Chinenye Nwaogu.
“Over the years, Aba has evolved as a centre of entrepreneurship and SMEs.  The city has the potential to be a competitive industrial hub for Nigeria and for Africa. For this reason, the Bank will continue to support your vision,” Adesina concluded.
Since the bank group commenced operations in Nigeria in 1971, it has invested about $ 74.5 million in the state, across four critical sectors of power & energy (53 per cent); education (25 percent); health (15 percent); and transport (seven percent). In the years to come, the State will continue to be a key beneficiary of the Bank’s support with the planned Abia State Integrated Infrastructure Development Project and the Enyimba Economic City.