Mohammed said the automation of the car park pay would be the first phase in the digitization of airport services, the News Agency of Nigeria (NAN) reports. 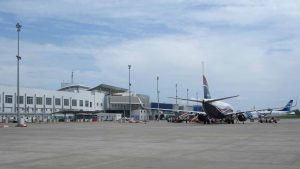 Given the country’s current security situation, the airport manager said upgrading from analog to digital services would result in a more organised and orderly Abuja airport.

According to him, all airport users should refrain from disorderly conduct of any kind, including rowdiness at the drop-off area and parking lots, improper parking, parking in prohibited places, needless congestion in front of the terminal, and other unruly behaviours.

“Come September 29, 2022, NAIA will be introducing automated pay car park system in line with global best practices. The effort is to enhance passengers, agencies, stakeholders and all airport users experience at the airport as part of the management’s drive to improve on our customers’ satisfaction experience,” Mohammed said.

“This may include military and paramilitary personnel, government officials and politicians and their aides who see the status of NAIA as a Protocol Airport,” he said.

The head of NAIA revealed that the protocol elites who term Abuja airport a Protocol Airport with fondness were only saying it to cover up their excesses and improper behaviours.

He said that airports provide gateways into most nations and cities and frequently give travellers a glimpse of the culture and way of life of the host nation.

Muhammad said there would be a redefining of “VIP/VVIP parking lots” and the establishment of parking lots specifically for corporate organisations.