Anti-Corruption Academy of Nigeria (ACAN) headed by Sola Akinrinade, a professor, is working with the National Universities Commission (NUC), National Board of Technical Education (NABTE) to introduce anti-corruption studies in the curriculum of all tertiary institutions in the country. 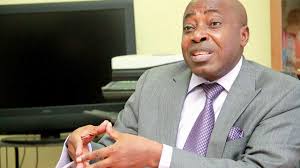 Akinrinade, speaking at the University of Calabar International Conference Centre, Calabar, Cross River State capital, at the 20th Bassey Andah memorial lecture, said there is need for attitudinal change by Nigerians, adding that this can only come via sustained enlightenment of the citizenry, beginning with teaching the young people in higher institutions on the vagaries of corruption.

“The foundation of long-term sustainable war against corruption and development of the country laid in attitudinal change. Enlightenment promotes attitudinal change, and in turn, encourages prevention,” he said..

If Akinrinade’s ACAN pulls through with inculcating anti-corruption studies into the tertiary institutions’ programmes, it would add to ‘security education’ (SecEdu) introduced few years back under the general studies (GST) programme. In 2017, it was cascaded to secondary and primary schools by the Federal Ministry of Education, as part Nigeria’s counter-terrorism and counter-insurgency efforts.

“Underdevelopment of our country Nigeria is highly attributable to the devastating consequences of corruption and corrupt behaviours, on the part of those entrusted with the citizens’ commonwealth,” he says.

He observes that “corruption was one of the most prominent elements militating against the proper sharing of resources in Nigeria. The incidences of corruption permeate almost every space in Nigeria, and has made the country and its system unhealthy.”

Ankinrinade laments that explained that Nigeria is one of the countries with the largest number of legislations for combating corruption, yet the existence of multiple acts and agencies to implement the provisions of the acts is evidential of the multidimensional nature of corruption in Nigeria; and possibly of the weakness of legal response to the problem.

“The question is, why is it that there is one anti-corruption legislation and body after the other, yet the (corruption) phenomenon, rather than abate, keeps intensifying?” he queries.

“Observers of the Nigerian political process will attest to the fact that there has been a lot of investment of efforts during the past several months in the anti-corruption drive, particularly on exposing corrupt officials of the past administrations and recovering of stolen funds. We have heard stories of former officials of the previous governments being accused of stealing huge sums of money that generations yet unborn cannot finish spending. There are official statements that as soon as investigations are completed, the alleged crooks would be taken to court. Certainly, arresting, prosecuting and jailing of offenders cannot be discarded as a means of tackling corruption and deterring others,” says Akinrinade.

But he argued that without enforcing the law, there is no basis for condemning corruption. “As we cannot stop people from stealing in ordinary life, it is futile to expect corruption to disappear completely in public life.  So, the legal route for seeking societal redress must continue.”

Akinrinade raises solution to winning the anti-corruption fight: “we should go beyond arresting and jailing of offenders, to prevention of corruption.”

“Beyond the legal route, it is time the country explored building the structures for a sustainable long-term response that would transcend regimes and administrations in the country”, he says.

He observes that the cost of enforcement, including cost of investigations and prosecution relative to the value of recoveries, point squarely to the need to take corruption prevention seriously.

“If history has any message for us, it is that enforcement has never provided a failsafe solution to the challenge of corruption in Nigeria. It is time we put the “public” back into public service in the country.”