Trade and fiscal policy experts have posited that Africa can use digital technology and the African Continental Free Trade Agreement (AfCFTA) to leapfrog development and also affect the world’s economy, especially China and the United States. 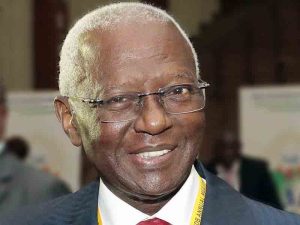 This was the broad context of discussion at the fourth annual Babacar Ndiaye lecture, held virtually this year, and hosted by the Afreximbank.

The lecture, monitored by Business A.M., with the theme, ‘Africa and the Remaking of the New World Order’, was described by the organisers as providing an excellent opportunity to connect with the African Diaspora, policymakers, professionals in the development community, as well as investors interested in business opportunities in Africa.

Kishore Mahbubani, a professor and distinguished fellow, Asia Research Institute, founding dean of the Lee Kuan Yew School of Public Policy at the National University of Singapore, who delivered this year’s lecture, said Africa needed to take advantage of digital technology to teach pragmatism and the development of mindset to the new generation.

Mahbubani spoke about the MPH (Meritocracy, Pragmatism and Honesty) model, which he said will afford Africa the chance to accept more inflow of foreign direct investments (FDI). According to the fiscal policy expert, the African Union should not focus on Europe in the adoption of practicable models but to follow Asian models of an economic miracle.

“On meritocracy, the biggest asset of Africa is not forex or vast resources, they have the young minds who can exhibit pragmatism. Africa is wise in adopting the AfCFTA in 2018 when the top trading partners was Africa; they can bully her with the ultimate paradox of trade. Honesty needs no clarification because Mahatma Gandhi and Nelson Mandela who honoured the contribution were the greatest leaders of the 21st century.

“Pragmatism can be taught for development of mindset to the new generation. Pragmatism sounds philosophical, but one lesson to learn from Singapore is that no searching for a new problem, go and study best practices from the developed world and adopt. On the technological front, pragmatism is a challenge. Africa can use digital technology to leapfrog development as it requires no huge technology for deployment. Take advantage of technology,” he stressed.

Mahbubani also emphasized on the importance of changing the thought process of progress in the minds of people.

The virtual webinar, which had in attendance Nigeria’s Dike Chukwumerije and Aruma Oteh, a former director-general of the Securities and Exchange Commission (SEC) in Nigeria, also had Benedict Oramah, the Afreximbank president, as a discussant, who said Africa sees the AfCFTA as the means to take itself out of poverty and become a global power, as it will use trade to affect the world economy, especially those of the US and China.

Oramah also said that trade policy can play a major role for Africa to take the world in 25 to 40 years time.

“The AfCFTA is a big move for Africa to take its destiny in its hands. The continent sees it as something it has to do to take itself out of poverty and become a global power. Africa with all resources divided into 55 countries, 84,000 kilometres of borders.  The colonial masters made colonies not trade, with themselves. They couldn’t use the powers they have to create a value chain globally and develop a trade advantage. This is what the AfCFTA is here for,” the Afreximbank president said.

According to Oramah, Africa needs to build on the MPH model to claim the leadership of the world. “A major ingredient to lead the world is the MPH formula,” he stated, adding that Africa has the young minds and human resources who can make the natural resources come alive.

“Also, tech can help Africa leapfrog ahead of it. Although the AfCFTA is huge a political movement, it will not take us far, but technology will help. However, the Afreximbank will also put in place trade information portal to identify a market in the continent; and we are working towards the adoption of African interbank settlement system to aid trade settlement,” the Afreximbank boss concluded.

For Hippolyte Fofack, chief economist and director of research and international cooperation at Afreximbank, the second half of the 21st century will be a trajectory “where we will return to the beginning of a history that started in Africa”.