A $500 million credit insurance deal between African Development Bank (AfDB) and African Trade Insurance Agency (ATI), which has just been successfully completed is  structured to cover a portion of the bank’s portfolio of non-sovereign operations in Africa.

According to a statement issued Tuesday in London, the transaction is expected to have an important demonstration effect to encourage similar  institutions to invest more on the continent in the future. 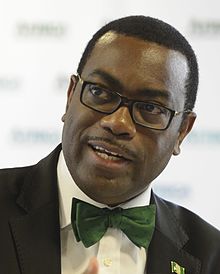 While ATI will be the direct insurer facing the African Development Bank, the transaction involves the participation of a number of
Lloyd’s & Company private reinsurers who will share the risk on African financial institutions. This vehicle will enable many insurance
companies operating outside Africa to participate in the financing of development in Africa for the first time.

Specifically, it will protect the bank against the non-payment of loans made to approximately 30 African financial institutions. The portfolio
spans the African continent, with exposure to financial institutions in all major regions of the continent, and is expected to release
sufficient capital to create almost $500 million of headroom for new lending.

“This transaction leverages the bank’s own capital to achieve more development and lending as it creates new pathways for collaboration
between private insurers and the Bank in the development of the African continent,” said Akinwunmi Adesina, the president of AfDB. “This is a  significant step towards enhancing Africa’s finance partnerships across the globe.”

Adesina added that, given Africa’s endowment as a resource-rich continent with a strong economic outlook, the Bank had adopted more
efficient and effective initiatives to bridge the existing developmentfinancing gaps.

“This is a great example of how the City of London can partner with Africaninstitutions to mobilise more investment for developing countries and support the creation of the 18 million new jobs a year which Africa needs. This work is driving economic development abroad and supporting prosperity at home,” commented Penny Mordaunt, international development  secretary in a statement.

The transaction is also expected to strengthen the development of credit insurance markets in Africa. The experience and comfort gained in
transferring risks between the African Development Bank, the African Trade Insurance Agency and the Lloyd’s reinsurers is expected over time to lead to the lengthening of insurance terms and lower insurance and financing costs, leading to more trade and investment in, and among, the private sector and the African region.

“With ATI’s insurance guarantees leveraging the balance sheet of AfDB and crowding-in new investments, this innovation provides a timely
solution to the scarcity of trade finance that could create enormous impact across the continent. ATI’s commitment reflects the US$35
billion worth of trade and investments that we have supported in the past decade, which, thanks to this model, can now be more easily
replicated, to the ultimate benefit of Africa” said George Otieno, chief  executive officer of ATI.

“RFIBs Political Risk and Trade Credit team (PRTC) are delighted to have been able to assist the African Development Bank and
ATI in putting together this significant insurance-backed programme that will allow the Bank to facilitate further lending, promoting further
development in Africa,” said RFIBs.

This landmark transaction between AfDB and ATI is one of several recent initiatives undertaken by the bank under its “Room to Run” programme that responds to the G20 and G7 call on the multilateral development banks (MDBs) to explore innovative ways to optimize their balance sheets to achieve the “Billions to Trillions” development agenda. Credit insurance is one of such instruments involving a specialized market with currently low penetration in Africa, but intent on playing a more active
role.