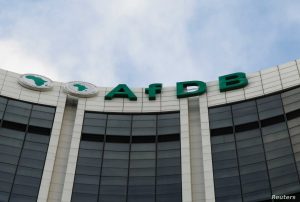 The LNG Area 1 project is the single largest foreign direct investment in Africa to date, with a value of over $24 billion. It will exploit Mozambique’s immense offshore natural gas reserves, which can potentially transform global energy markets.

The AfDB signed an agreement for a $400 million senior loan to finance the project in July 2020.

In signing the loan agreement, the AfDB joined a global syndication of commercial banks and export credit agencies that are providing financing for the project. This financing includes direct loans, as well as export credit agency-covered loans with 16- and 18-year tenors.

The project is implemented by an international consortium of energy developers and operators led by Total of France as the operator of the project. Others include, Mitsui, Oil India, Bharat Petroleum, PTTEP, Oil and Natural Gas Corporation (ONGC) and Mozambique’s national oil and gas company, Empresa Nacional de Hidrocarbonetos (ENH).

The consortium is providing the balance of financing through equity. Financial closing on the project is expected this year (2021).

The country’s gas represents an important source of LNG supply diversification. The project will boost the country’s ability to meet energy demand through gas-fired electricity, and will support its ambitious goal to provide universal access to energy to its citizens by 2030. The project can also potentially feed downstream industries that use natural gas, such as fertilizer and electricity producers. It can thus become an engine for agricultural development and trade across the Southern African Development Corporation (SADC) region.

PFI is the leading source of intelligence on global project finance. In its award announcement, it noted that the LNG Area 1 project had faced many challenges in securing financing, including the COVID-19 pandemic.

“I still find it remarkable how so many project financings were transacted this year,” including the Mozambique LNG deal, said PFI’s editor Rod Morrison.

He said, the multilaterals played a key role in getting the project financed. In addition to the African Development Bank, PFI cited the participation of United States Export-Import Bank (US EXIM), and Japan Bank for International Cooperation (JBIC) as critical.

In addition to loan financing, the AfDB played a lead role in ensuring the project’s compliance with strict environmental and social standards. It also invested in strengthening the capacity of small and medium enterprises (SMEs) to enter the project’s supply chains and promote good standards of governance and transparency in Mozambique.

AkinwumiAdesina, AfDB president, said it was quite delightful for AfDB winning the award of the Global Multilateral Deal of the Year 2020 along with the government of Mozambique LNG Area 1 project, by Project Finance International.

“This great recognition reinforces the African Development Bank’s leadership and role in helping to structure financing and attract investments to Africa. The $24 billion project, which was structured at the Bank’s Africa Investment Forum, is Africa’s largest foreign direct investment. We will work with all partners to ensure that this project helps to unlock greater economic growth for Mozambique and benefits millions of people in the country, while building climate resilience,” Adesina said.

He said, overall, the project aligns with a number of the AfDB’s strategic goals and its country strategy for Mozambique and for Southern Africa. These goals include boosting employment, expanding universal electricity access and leveraging natural resource development for investment in sustainable infrastructure, he added.

Fernando Balderrama, chief investment officer with the AfDB, said the project would spur growth and industrialisation opportunities for the Mozambican population.

“The African Development Bank will continue to play a convening role to facilitate and assist with the suitable implementation of this investment, advocating for international best practice, small and medium enterprise development and diversification, women’s empowerment, job creation, and other critically important considerations,” Balderrama said.