The African Development Bank (AfDB) and the European Investment bank (EIB) have signed a joint partnership action plan, outlining their development priorities that would boost public and private sector investment in Africa. 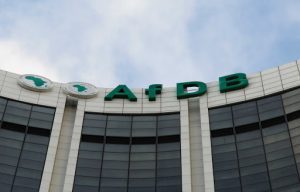 The partnership will see both institutions grow a shared pipeline of bankable projects around key complementary themes to which each institution would bring their comparative advantage.

The investment treaty, which was signed by AfDB’s Bajabulile Swazi Tshabalala, acting senior vice president, and Thomas Östros, vice president, European Investment Bank, during a virtual ceremony, aims to eradicate the increasing poverty across the African continent, as well as the threatening markets and livelihoods that call for speedy actions.

Swazi Tshabalala, in his comments during the signing, said the partnership could spur sustainable economic growth across the continent and security within regions faced with insecurity challenges.

“It is crucial that more multinational development banks and other development finance institutions commit to closer and stronger collaboration, such as seen through this Joint Action Plan between the AfDB and the EIB, in order to more efficiently and effectively support our regional member countries during these troubling times. Sustainable economic growth and security in regions facing particular challenges, such as the Sahel and Horn of Africa, are our top priority.”

EIB’s Östros, also stated: “Partnerships are crucial for the EIB’s business and impact, and this partnership with Africa’s Bank is crucial for Africa. The Action Plan signed with the African Development Bank today [Wednesday] demonstrates the firm commitment of the European Investment Bank, the EU Bank, to delivering investment that makes a real difference to Africa. Enhancing our work with the African Development Bank, Africa’s multilateral development bank, is a strategic priority for the EIB and Europe. Together the EIB and AfDB will enhance cooperation and engagement with African partners to ensure that Africa emerges from the health, social and economic challenges of COVID-19 to an even brighter 21st Century.”

In recent years, AfDB and the European investment institution have jointly supported clean energy, water, transport and private sector projects across the African continent, from Morocco in the north, to Senegal in the West, Kenya in the East and Zambia in the South, and elsewhere across Africa. The continued partnerships between these institutions have grown tremendously and can be seen that within 5 years, the shared portfolio between these investment bodies have reached 3.4 billion euros, with about 26 projects across the continents worth 10.2 billion euros of investment.