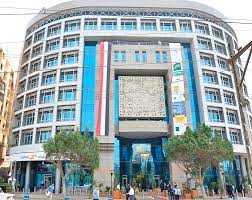 The ratings further reinforce the bank’s access to capital at a competitive cost, ensuring the continued success of key strategic initiatives to stimulate African trade.

Afreximbank was established in 1993 and is owned by African governments, the African Development Bank (AfDB) and other African multilateral financial institutions, as well as African and non-African public and private investors. At the end of 2019, the pan-African trade bank’s total assets and guarantees stood at $15.5 billion and its shareholders’ funds amounted to $2.8 billion. Afreximbank earned “African Bank of the Year” in 2019. It has disbursed more than $38 billion between 2016 and 2020.
Fitch revised its outlook on Afreximbank’s long-term Issuer Default Rating (IDR) to positive from stable, highlighting that the upgrade “reflects the bank’s growing importance as the main multilateral development bank (MDB) providing funding to non-sovereign borrowers in Africa.”

The agency further affirmed the bank’s IDR at ‘BBB-‘, its short-term IDR at ‘F3’ and its senior unsecured debt at ‘BBB-‘. Fitch said it observed that “the significant capital increase ($6.5 billion, of which $2.6 billion paid-in) approved by the board of directors of Afreximbank in June this year, highlights the increased strategic relevance of the bank for its African shareholders.”
Furthermore, Moody’s affirmed Afreximbank’s ‘Baa1’ rating with a stable outlook, while GCR affirmed Afreximbank’s international scale long-term and short-term issuer ratings of ‘A-’ and ‘A2’, respectively, with the outlook revised to positive from stable. The agency notes that this positive outlook factors in its expectation “for the status of the bank as one of the most influential Africa focused Multilateral Development Banks (MDBs) to strengthen, cemented by its development impact on the African continent (measured by the loan book) now closing in on the USD20 billion mark.”
GCR similarly affirmed the international scale long term issuer rating of ‘A-’ on the Afreximbank’s $5 billion Global Medium-Term Note (GMTN) programme, with a positive outlook.
On the whole, the strong credit ratings achieved by the pan-African multilateral bank are vital to its ongoing mandate, enabling access to global financial markets and allowing it to access funding at a reasonable cost.
The affirmation of Afreximbank’s investment grade status and the upgraded outlook from Fitch demonstrates the systemic relevance of the bank demonstrated by its robust resilience through the recent Covid-19 pandemic which resulted in unprecedented economic turbulence. The credit rating agencies also underlined the continued confidence in the bank’s ability to deliver attractive financial returns while fulfilling its core mandate of expanding, diversifying and developing African trade.
According to Benedict Oramah, president of Afreximbank, the bank “believes in harnessing the power of trade to create jobs, grow prosperity and help Africa reach its full economic potential”.
He said, however, to support this vision the bank must have access to diverse sources of capital at a competitive cost. To him the strong ratings from Fitch, Moody’s and GCR “help ensure the access remains open, enabling us to continue driving our mandate at a time when African nations most need our support”.
He said, the bank’s management has ensured it is resilient to challenges and ready to capitalise on the rich potential offered by our continent. “The ratings demonstrate confidence in this approach and will help energise our plans as we work to support a new era for African trade,” he added.
Businessamlive Website Stats