AFRICAN LEADERS HAVE LONG visual acuity. Agenda 2063, an ambitious and overly optimistic vision, clearly attests to that. While it entails projecting far into the future, it is fitting and proper to have realistic short-term components that would define timely responses to untimely changes and unexpected events. A pilot on a trans-Atlantic direct flight from New York to Lagos would have a route plan before taking off at JFK airport. Vagaries of weather could force the pilot to modify his route slightly, while all the time keeping his focus on his destination. 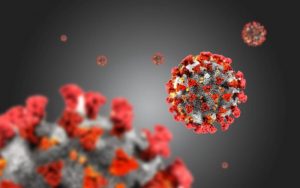 This may affect the arrival time and fuel consumption, and probably some other events. Unlike the Millennium Development Goals (MDG) that metamorphosed in 2015 into the Sustainable Development Goals (SDG) 2030 Agenda, each having 15 years life, the Agenda 2063 of the African Union (AU) took a long shot. The half-life of Agenda 2063, which came into being in in May 2013, is almost the sum of the period of coverage of MDG and SDG. In essence, Agenda 2063 took aim at two generations at once. And if 50 years span is the immutable period of coverage of “Africa’s blueprint and master plan for transforming Africa into the global powerhouse of the future” and “the continent’s strategic framework that aims to deliver on its goal for inclusive and sustainable development,” according to the AU, some insidious and disruptive changes are already happening that would warrant periodic short-term assessment of the journey towards 2063, eight years on.

The entire world was caught unawares about this time last year when the scourge of Coronavirus (COVID-19) pandemic began to sweep through countries and continents. Africa, though fortunate to have had one of the least cases of fatalities, was clearly one of the most unprepared continents for it. With national economies, many of which are agrarian and commodity export dependent, Africa was ill-equipped to cope with the devastation of COVID-19 if it has affected the continent the same way it has affected Europe, Asia and the Americas. Infrastructure in Africa, in all ramifications, has not been developed well enough to cope with the challenges that test resilience. Hard infrastructure, including those for transportation, communications and housing are not only inadequate, they are archaic in most countries and have urgent need for expansion of coverage, upgrade and modernisation to keep pace with the relentless increase in sophistication the world is experiencing in all spheres of innovation. These are easier to see, quantify and measure because of their physical nature. Soft infrastructure, however, which is needed for driving the establishment and sustenance of the hard infrastructure – though intangible in many cases – is a sore point in Africa and require more intense attention, going by its very nature and the need for more frequent replenishment. Security architecture, healthcare services, education, business and food supplies, could be classified therefore as safety infrastructure, fitness infrastructure, grey matter infrastructure, commercial infrastructure and stomach infrastructure respectively and are mutually reinforcing.

Interestingly, where these various categories of soft infrastructure are inadequate, the sustenance of hard infrastructure cannot be guaranteed. Take safety and security. It is widely acknowledged that wars, hostilities, insurgencies and crimes have led to the destruction of many roads, buildings and many other physical structures built for facilitating humans’ daily socio-economic activities. Where people’s health and well-being are not receiving adequate attention, productivity takes a hit and contributions to providing more physical infrastructure experience a deficit. Communities, states, provinces, countries or regions with more educated people are more likely to attract more investment in hard infrastructure and commercial activities are more likely to increase in volume and value. Financial services – which are derived from specialised professional education – tend to generate far more revenues than manufacturing and agriculture, for instance. And where all of the foregoing are in short supply, food production, supply and sales may not be appreciable. In areas where poverty is prevalent, consumption of quality food is low. This further reinforces more poverty, raises barrier to wealth creation, serves as a precursor to nutrient deficiency diseases, predisposes more people to illiteracy, breeds insecurity and puts most physical infrastructure and the environment in great jeopardy. To illustrate the environmental aspect of the mix, charcoal production, sales and utilisation are widespread in Africa, creating business opportunities that put the climate at great risks. From Somali in the eastern part of Africa to Senegal and Gambia on the west, tree felling for charcoal production is a commonplace.

Our Agenda 2063 futurists envisioned a continent that becomes “a dominant player in the global arena” and “an integrated, prosperous and peaceful Africa, driven by its own citizens, representing a dynamic force in the international arena.” It is hoped, however, that the repeated reference to the word “arena” in the AU’s document does not presuppose an emphasis on mere entertainment or showmanship of stage actors even though it made reference to “continental and regional integration, democratic governance and peace and security amongst other issues aimed at repositioning Africa.” With the emergence of the African Continental Free Trade Area (AfCFTA), it is hoped that Africa is making a gradual and irreversible transition away from dependence on aid from donor countries, development organisations and philanthropists. It is also hoped that specific, pragmatic and well monitored safeguards are in place to ensure that such transition does not continue or even worsen the trajectory of trading off the future environmental safety of the continent on the altar of trade. The ecstasy about AfCFTA’s intra-African trade would need a clearer definition of items and terms of trade for this to be justified. The continued optimism of sustained international trade between African countries and others outside Africa would require keen reassessment in the light of impacts on the environment as the exports from Africa are traditionally mostly in the forms of commodities drawn from extractive industries of mining and agriculture in their raw forms, which draw heavily on nature.

Although reports frequently quoted in the past couple of years indicated that intra-African trade stood at 18 per cent of all trades embarked upon by Africa, more recent findings seem to show it was less in the past two years or thereabout, at approximately 13 per cent. Regional economies would put the estimates and future expectations to the test as Africa will likely continue to record greater volumes and values of international trade with countries outside Africa despite AfCFTA many years ahead. Central Africa provides a test case, in which raw materials represent 90 per cent of exports for Chad and Equatorial Guinea and 60 per cent for Burundi and Central African Republic. Reports have shown that the extractive industry depends on raw materials, and the region lags behind in manufacturing and agricultural development, although natural resources in the region have contributed to better performance in the industrial sector, particularly between 2000 and 2012. These positive developments have not led to inclusive growth. A 2018 report by the United Nations Development Programme (UNDP) indicated that some of the countries remain at the bottom of the list of the Human Development Index (HDI), with the Central African Republic ranking 188th out of 189 countries, Chad 186th, Burundi 185th and DR Congo 176th. The report ranked Cameroon, São Tomé and Príncipe, Equatorial Guinea and Republic of the Congo 158th, 143rd, 141st and 137th respectively, amongst countries with medium human development levels

All countries in the Central African region are members of the Economic Community of Central African States (ECCAS), a free-trade area created in 1983. Despite nearly 40 years of existence, regional trade in Central Africa represents less than three per cent of total trade. Yet as part of its enormous potential, “its equatorial rainforest is one of the lungs of the planet, and the region has unexploited deposits of more than one thousand minerals, including oil,” according to a 2018 AUC/OECD report, which added that “the region accounted for 11.5 per cent of the African population, with 144.6 million people in 2017.”  The high dependence of Central Africa on raw materials is evident in its export report in which raw materials represented 85 per cent of its total exports in 2017, compared with an average of 51 per cent for Africa, while oil alone accounts for almost half of all foreign receipts. According to a report, titled Africa’s Development Dynamics 2019: Achieving Productive Transformation, published by AUC/OECD in 2019, the region has a much higher level of export concentration than the rest of the continent, both in terms of the number of products and the number of trading partners, five countries – China, the United States, Spain, France and Italy – receiving more than 60 per cent of all exports, representing approximately 38 per cent of GDP. The exposure to external shocks makes the region’s growth much more volatile than that of the rest of Africa. Although Gabon has reportedly undertaken to process wood locally, ending exports of rough timber, DR Congo is a country with its industrial sector’s growth heavily dependent on mining since 2000. This makes the country increasingly dependent on raw materials and remains one of the poorest countries in Africa, despite its potential, with a per capita real income five times lower than the African average over 2000 to 2017.

Because DR Congo is characteristic of the Central African region, a little more emphasis will still be given to it under the present discourse. But the region as a whole has shown how deeply troubling the prospects of Africa can be except the prophets take audacious steps to change things early in positive direction and urgently, or we may as well be seeing the shadow of 2063 now from prevailing circumstances.