African FinTech companies raised a total of $94 million in the third quarter of 2022 but the figure is rated the lowest in a quarter so far this year compared to $526 million raised in Q1 2022 and $526m recorded in Q2 2022, according to Fintech Global. 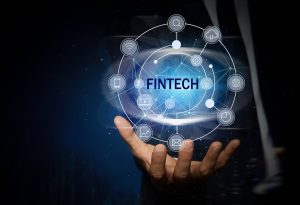 However, the report showed that though the lack of deals and investment in the region is disappointing, seed deals accounted for 69 percent of total deals in Q3, an indication that the continent is producing a high number of innovative companies.

Meanwhile, PayTech was ranked the most active Fintech sector in Q3 2022 with nine deals, accounting for 32 percent of total deals. Marketplace Lending was the second most active with a 22 percent share, and Blockchain & Crypto was third with 15 percent.

TeamApt, a Nigeria-based financial services platform provider, was rated the largest FinTech deal in Africa during the third quarter, raising $50m in its latest Series B funding round led by Novastar Ventures and QED Investors.

According to the company, the funding will be utilised to expand its credit services, expand into new markets, and spread financial happiness by digitising Africa’s economy.

Tosin Eniolorunda, founder and chief executive officer, TeamApt, remarked that the company always approaches its fundraising effort “opportunistically” and wants to make sure the market context, cash needs of the business and investor profile match its strategic growth views.

“Given the overarching cautious market environment, we were not in active fundraising mode. As a profitable company, we did not need the cash, but we were happy to take an opportunity to add a new high-profile investor,” Eniolorunda added.