With enormous resources at its disposal and more than five decades into continental integration efforts, African economy should have fared better especially following its transformation into African Union (AU), in 2002. 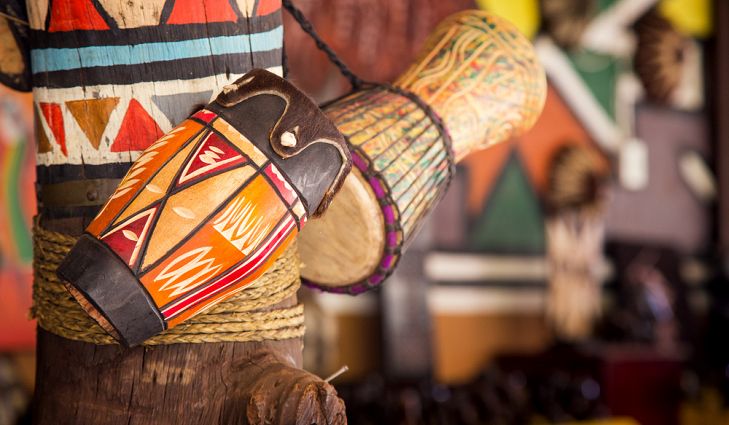 AU had sought to leap into the new “Agenda 2063”; an integrated, prosperous and peaceful Africa, driven by the citizens and representing a dynamic force in the global arena”. The African Union Agenda 2063 which was adopted in 2015 is an ambitious plan to ensure the positive socio-economic, political and cultural transformation of the continent within the next 50 years.

Too many with a default mindset on traditional economic theories of wealth creation, economic prosperity and humanism, Tony Elumelu’s foray into the philosophy of development came as a big surprise. Most had wondered why Mr. Elumelu could not just confine himself to his comfort zone, covering mainly epic author-biographies, guided business colloquies or seminar papers on banking and entrepreneurship.

The recent guest article by Dr Abiodun Adeniyi of Baze University, titled “Elumelu, Amaeshi and the discourse of Africapitalism” sought primarily to review the literary contributions of Kenneth Amaeshi, a man whose scholarship on the subject could easily earn him the accolade of Africapitalist. Although Adeniyi provided coveted insights into Africapitalism philosophy, he, however, quibbled in appreciating the epistemic value of Tony Elumelu’s propagation of Africapitalism, especially its contemporary nexus with culture and commerce.

Abiodun’s concluding paragraph was summative of his deep concerns.  According to him, “Regardless, the Africapitalism philosophy has been challenged on different grounds. These grounds include the undermining of the possible impact of socialism, whether moribund or living and for limiting the deep impact of traditionalism”.

By expressing such agitations on his subject, Dr Abiodun stirred valid inquiry into aspects of the entire body of thought, which has hitherto received scanty commentaries.  For a theory to attain desired social impact, researchers and propagators alike must appreciate its relevance to their daily lives and vocation. Such inclusiveness will extend to the young and old as well as professionals and entrepreneurs. Hence, I have elected in this piece, to provide further insight into the historical and cultural precursor of Africapitalism and in the process check any rehash of stories akin to the (de)famed but popular fable of a foreigner coming to tell Africans the story of how Mungo Park discovered River Niger.

Fundamentally, Elumelu defines Africapitalism as the philosophy that long-term investment in Africa, driven by Africa’s own private sector will deliver economic prosperity and improve the lives of Africans. The three fundamental tenets of Africapitalism include: generating profit through wealth creation by the private sector; leveraging private enterprise to find sustainable solutions to Africa’s economic problems; and transparent mediation of competition by the public sector to stimulate the creation of new wealth. The primary beneficiaries of these economic and social relations are the indigenous entrepreneurs.

Post-colonial African leadership had emerged from their long drawn struggle for independence providing nationalistic alternatives to the then neo-liberal world order. This was quickly followed by liberal democratic movements championing such Pan- Africanist ideologies as economic determinism, African socialism, and Africanism.

Pan-Africanism in its broad sense was a belief that African people, both on the African continent and in the diaspora, share not merely a common history, but a common destiny. This sense of interconnected past and shared aspirations took many forms, especially in the emergence of political institutions and leaders.

Irked by the reality of an uncertain future, a few radical scholars such as Walter Rodney, Samir Amin and Claude Ake had referred to Africa as an under-developing continent. Also in recent years, there has been a renewed wave of development writers seeking a more realistic interpretation of the future of Africa. The perspectives are expressed through such books as: “Dead Aid” by Damisa Moyo, “The Bottom Billion” by Paul Collier, “The White Man’s Burden” by William Easterly, “Why Nations Fail” by James Robinson and “The End of Poverty” by Jeffery Sachs, “Why Nations Are Poor” by Pat Utomi and “Emerging Africa: How the Global Economy’s ‘Last Frontier’ Can Prosper and Matter” by Kingsley Moghalu. They all, in varied ways, provide redeeming insight into Africa’s recent past, particularly within the last two decades, acknowledging that Africa’s political economy has been wobbling around the fringes of donations, grants, foreign investors and the likes, whilst also sharing a consensus that the restoration of Africa’s future must be undertaken by Africans.

Although the emergence of Africapitalism does not portend the failure of Pan-Africanism philosophy, it instead offers clarity on how to overcome the misfortunes of lost opportunities and ways to maximize the dividends of social and technological mobility. This is especially for the benefit of African millennials who constitute the dominant labour force of the African population. International Labour Organisation (ILO) reports that 50% of the 10 million graduates produced by more than 668 universities in Africa yearly do not get jobs. However, the availability of cheap computing resources, and open source software has enabled value innovation, crowdfunding, and varied forms of digital penetration across African communities beyond the limitations of location and tribe. The impact of this leverage on African GDP is fast becoming case studies for mature economies. Today, Africapitalism has given a boost to gender inclusion and economic diversification. For instance, the Tony Elumelu Foundation (TEF) in its 2018 entrepreneurship grant programme, recorded over 151,000 applications with a near 50-50 split between male and female applications with Agriculture, surprisingly but cheerfully being the leading sector (30.5%), followed by technology and education respectively, each with 10.5% and 9% respectively.

Although in some form, Africapitalism could be referred to as an interventionist ideology following the failure of modern African democratic leadership to attain the famed utilitarian values of “greatest good for the greatest number”, Africapitalism broadly offers a triad framework: An economic theory, a development philosophy and a management strategy. The concept of Africapitalism as a preferred play-book recognizes Africa’s youthful population with an inherent core capability which confers it a competitive advantage spanning far beyond the 21st century.

Africapitalism debunks the view of western economic theory which assumes that human motive is dominated solely by the desire for money-making and devotion to personal profit. Rather than an economic philosophy designed for the privileged few at the top of the pyramid, Africapitalism posits that shared prosperity and inclusiveness are fundamental to the evolution of the African political economy and Africapitalism.

There are examples to buttress this point.  In Africa, social and economic security is not only for the aged but also for the poor and disadvantaged members of the family or community who have been acknowledged as hardworking but less privileged. This is captured in a popular saying: ‘’live-and-let-live’ encompassing rights, duties, responsibilities and obligations towards the less fortunate. The Ubuntu Philosophy, for instance, and African Socialism were predicated on economic justice, opportunity and dignity for everyone.

There is also the practice of solidarity entrepreneurism of the Igbos of South-East Nigeria and Chama (a Kiswahili word for social group) which was developed to protect the informal sector of the economies by providing apprenticeship support to young traders as well as ensuring openness, shared risk and expansion to participants.

A popular African adage posits that the prosperity of a single person does not make a town rich. This means that social security is potent where there is shared prosperity. The true African is known and identified by and through his community. The abiding philosophy for the economic arrangement is that of being one’s brother’s keeper or caring for each other’s welfare, at least within one’s immediate community. According to Pantaleon Irogbu in his research on African culture and philosophy, “African languages largely have no words for uncles, aunts, cousins and nieces.” These are reflective of the one family philosophy; the family is simply one but only extended.

In the practice of marketing communications in Africa, consumer insight derives largely from the understanding that African consumers are driven by the inner motivation to earn communal recognition. This is evident in various forms of cultural celebrations and festivities in most African societies. Whilst western capitalism focuses on individualism, Africapitalism on the other hand, preaches social solidarity and shared prosperity.

I share a strong conviction that African breakthrough will benefit more from the active partnership between the political leadership, the intellectual class and the business drivers whose wealth creation is committed to the exploration of opportunities for economic growth.

Africa needs philosophers who have run successful businesses.  The intervention of Professor Yunus in Bangladesh shows how much a private sector initiated economic ideology can save people. Blake Mycoskie, who founded Tom’s Shoes at age 26, talked about the profitable business he’s built on a model of giving a pair of shoes to a child in need for each pair of shoes the company sells. Shubhro Sen, who leads people development for Tata, the huge, privately-owned Indian conglomerate, described the founding tenet of the company that endures to this day: “We earn our profits from society and they should go back into society.” Most of these companies today are owned by philanthropic trusts.

In the subsisting context, Africapitalism presents the African elite with a redeeming opportunity to embrace a definite development perspective that is historically relevant and future-focused. A reinvigorated private sector, solving social problems by enabling start-up businesses to create wealth is a radical departure from the guided development plans often funded through global financial institutions, and supplemented by charity and foreign aids. Whilst we continue to encourage the viewpoints in epistemology, metaphysics, science, politics, education, religion and ethics; it is important to note that the visionary, Elumelu, deserves plaudits in his venture, for as a popular African proverb notes,” if you give the traditional medicine man a high bidding, he will go for the rare roots”.