On behalf of the Imo State government, Governor Hope Uzodimma has tendered unreserved apologies to 80-year-old Pa Eunan Placid Amaeshi for the injustice and lack of fair hearing meted out to the octogenerian some three decades ago.

Amaeshi, who hails from Umuri, Amaimo, Ikeduru Local Government Area of Imo State, was recruited in 1991 as the administration manager of Avutu Poultry Company, a state-owned establishment.

As a result of his outstanding performances, Amaeshi emerged tops for the position of managing director of Adapalm Plantation, Ohaji, Imo State, before he was inexplicably served a letter of indefinite suspension on December 31, !992, without query, misconduct, or crime charge. 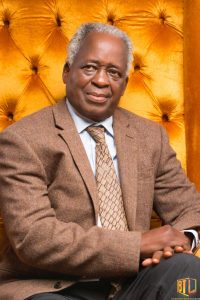 Amaeshi did not relent in fighting for the restoration of his innocence. He petitioned, begged, and also pleaded with the officials as well as previous governors of Imo State. However, it was all to no avail.

Now, after 30 years of seeking justice, Governor Uzodimma has intervened and granted justice to Pa Amaeshi.

In a letter to the Imo State governor, dated 7th November, 2022, Amaeshi drew Uzodimma’s attention to “the injustice clamped on me and executed by the operators of the Imo State Government since 1992 – about 30 long years now. I pray you will be moved by my story to assist me, Sir, I am innocent.”

Governor Uzodimma, in a response letter on behalf of his family, “government and the good people of Imo State”, commended Amaeshi for his act of maturity, maintaining peace and also for keeping faith with the Rehabilitation, Reconstruction, and Recovery (3R) Government of Imo State.

On that note, the governor tendered apologies on behalf of the Government of Imo State, for the injustice and lack of fair hearing meted out to Amaeshi.

“Posterity will remember you for maintaining peace, yet keeping faith and believing in the 3R Government of lmo State under my watch, for justice. Indeed, you are a man of honor. Kindly accept, once more, the warmest regards of the Government and the good People of lmo State,” the governor said.

On behalf of the state, he congratulated Amaeshi and implored him to enjoy his deserved retirement in peace of mind.