JUSTIN BELL, THE VIRGIN Atlantic staff who started out in reservations, and for the past six years has been airport manager in Lagos for the airline, has gotten a lift up with his elevation to the position of commercial manager Nigeria by Virgin. 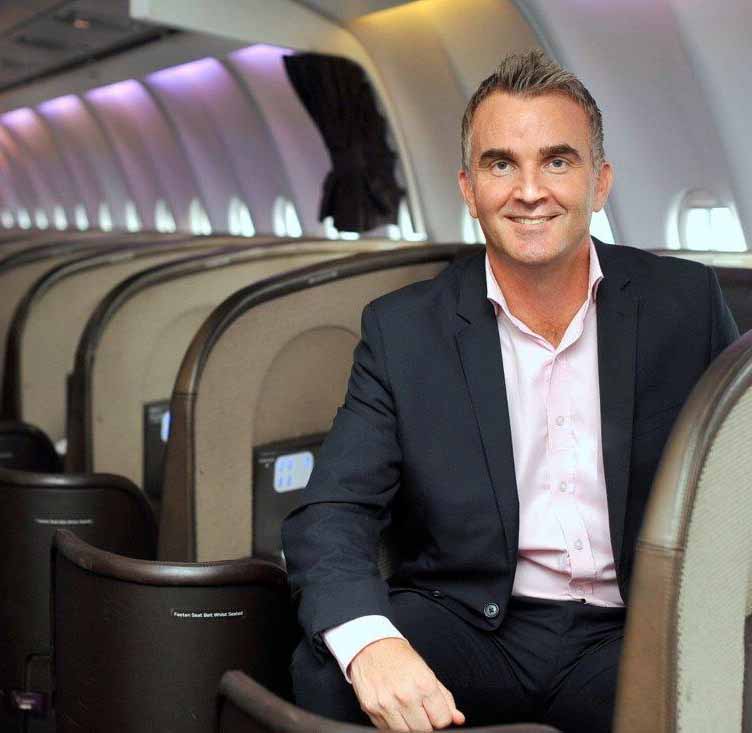 As commercial manager, Bell will be responsible for the airline’s daily commercial activity in the region, when he assumes his new role in June.
As airport manager in Lagos for the past six years Bell will be familiar to many in the countryears.
Bell boasts of an impressive resume in his 29 years reservations and working his way up through the organisation Managing the airline’s biggest Clubhouse in Heathrow, regionally managing Virgin’s northern airports including Manchester and Glasgow, and then establishing superlative levels of operational performance in Lagos, consistently achieving over 90% on time performance and ensuring record levels of reliability, currently tracking at 500+ days without a cancellation.
The appointment of Bell will lead to the departure to the United Kingdom, of current country manager, Samuel Lindfield, the airline said in a statement.
Over the 2.5 years of Lindfield’s tenure, the airline’s commercial performance has grown from strength to strength, the airline said, adding that from the midst of the currency crisis in 2017, Virgin Atlantic has emerged financially healthier than ever on the route, with record passenger numbers, and a commercial performance trajectory that sets the airline up for continued success.
Reacting to his new role, Bell said: “I’m delighted to be taking up this new role for Virgin Atlantic in a region that Virgin Atlantic has served across two decades. We have built an incredibly positive commercial and operational trajectory, which I will look to develop through my time in role. I have lived in Nigeria for the last six years, and I see the immense potential each day, I look forward to working with our partners in Nigeria to harness that potential into a new reality”
“I’m also delighted to continue working with ALML Nigeria – they have supported us since day one and continue to offer an amazing service for our customers as we work hard to achieve our ambition to become the most loved travel company, in Nigeria and across the world.”
Virgin Atlantic offers daily service between Lagos and London using a mix of Airbus A330-300 and A340-600 aircraft, and has served the route for almost eighteen years, an anniversary it will celebrate in July this year. All aircraft boast Virgin Atlantic’s Upper Class, Premium and Economy Light, Classic and Delight offerings.
With complimentary food and drink on board, over 300 hours of entertainment and wifi, the Lagos-London service offers a consistent long haul experience for those customers connecting from Lagos seamlessly via London Heathrow to destinations throughout North America across the Virgin Atlantic network including New York and Boston, the leading commercial and educational cities of the US East Coast.