Shortly after breaking-even in Nigerian market, OPay, a Nigerian Fintech start-up founded by Opera, has revealed plans to expand its payments service footprints to North Africa in the early months of 2021. This decision comes after Covid-19 precincts led to a prickle in transactions on its platform. 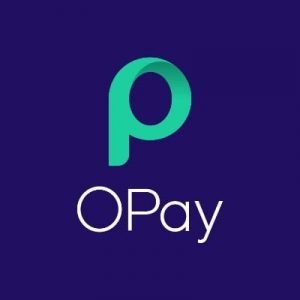 According to Iniabasi Akpan, who is the company’s managing director in Lagos, “The volume of monthly settlements on the OPay platform grew more than double to $1.4 billion in November from $3.6 million in January, as people sought alternative payments services during coronavirus-induced lockdowns.

We plan to reach transactions value of about $2 billion by the end of this year. The company will leverage its network of 300,000 offline agents to deepen the adoption of its payments service,” Akpan said.

Why is Opay eyeing North Africa?

Akpan, Opay’s country head, revealed that the company is now planning an entry into the North African market after its success in Africa’s most populous country- Nigeria. “The process has begun and we will see how the first quarter turns out,” he said.

According to the Lagos-based establishment, its earlier plans to spread out into South Africa and Kenya after it raised $190 million in funding in the year 2019 have been put on hold owing to the interference resulting from the coronavirus pandemic. Recall that in February this year, OPay suspended part of its operations including the ride-hailing and the logistics businesses to focus on the payments business.

Meanwhile, the financial service provider is currently leading the way on a digital overdraft product called CreditMe, which attracts 3 per cent interest for the first seven days and 1 per cent every day after for its mobile wallet customers who have needs of short-term funding. According to the Lagos-based start-up, users will be able to borrow from 5,000 to 100,000 naira and have a window of 30 days to repay.

Through CreditMe, “We will be lending to working-class people in their mid-20s and 30s, like students and small business owners, who have a source of income,” Akpan revealed, stating that he expects to launch the credit platform in the first quarter subject to approval from the central bank.

In a related development, the country head of Opay also said the mobile-payments company has also acquired an international money transfer license last year and plans to partner with WorldRemit to process remittances into Nigeria; though, the launch is been delayed by new regulations from Nigeria’s central bank. The service will take off as soon as there is clarity on what operators are allowed to do, he said.

Akpan further revealed that OPay currently processes about 80 per cent of bank transfers among mobile money operators in Nigeria and 20 per cent of non-merchant point of sales transactions.