Zainab Ahmed, the immediate past minister of finance in Nigeria, on Wednesday disclosed that the Federal Government would increase the a ValueAdded Tax (VAT) rate from the current 5% to 7.5% by next year. 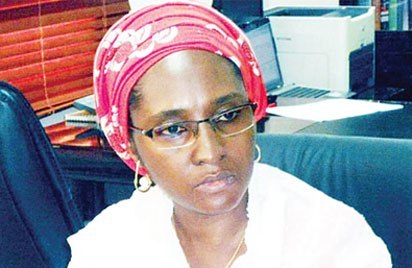 Ahmed gave this hint during an interview with Bloomberg TV in London.

But such a move would come against opposition by the organised private sector in Nigeria who registered their regret when it was first flown as a kite when Ahmed was still finance minister.

Should she be reappointed she has given the strongest hint yet that it is a policy she would be pursuing in her second coming as finance minister.

She said that the fiscal measure was amongst sundry others being pursued by the Federal Government to boost non-oil revenue for the country, adding that jacking up the VAT rate is required to reduce the gaps in budget financing and enable government to deliver on its socio-economic development ageenda.

The former minister clarified: “We have developed a strategic revenue growth initiative, which we have started to implement. Our target is to increase revenue to 65% minimum in 2019 so that in the next three years we are able to attain 80-85% of our revenue target.”

Ahmed also spoke on the country’s debt management regime, saying that government has not stopped  the sale of new Eurobonds as a strategic option of raising more funds for development.

This is even as she said that government was also considering taking loans on concessionary terms from multilateral institutions such as the World Bank to supplement its earnings from oil and non-oil sources to sustain national development.

It would be recalled that when the idea of raising the nation’s VAT rate was mooted a few months ago by the fiscal authorities, leading organized private sector groups, including the Manufacturers Association of Nigeria (MAN) and the Lagos Chamber of Commerce and Industry (LCCI) had expressed their opposition to the plan in view of likely negative impact on the economy.