By PHILLIP ISAKPA in Lagos & BEN EGUZOZIE in Port Harcourt

A 21-year-old violation of human rights in Nigeria’s oil rich Bayelsa State by Agip, the Nigerian affiliate of Italian international oil company (IOC) Eni, is getting to a dramatic finishing line that could set the company back in excess of N30 billion and north of N50 billion, as at last Friday when Business A.M.’s accountants updated a calculation from a financial documents dating back to April 2019 seen by this newspaper. 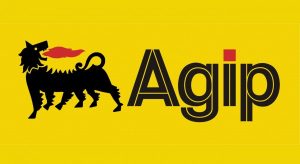 The potential payout stems from an original judgment of a Bayelsa High Court in suit number SHC/MSC/21M/2017 and SHC/MSC/22M/2017, for which judgment was delivered on May 3, 2018.

Agip, whose parent company Eni, basked penultimate week in the euphoria of a human rights award, had apparently been nailed by a judge in 2018 for gross human rights violation in Bayelsa State Nigeria, involving the killing, maiming of Bayelsa citizens and the razing down of houses, including a school, and for which the court wasted no time in siding with the plaintiffs in the suit.

Interestingly, Agip, which had disagreed with the judgment, had gone to the Court of Appeal in Port Harcourt to have the judgment overturned, but it fell short in its reliefs and by Friday, its indebtedness to the Bayelsa community and the individuals affected had climbed to over N29.4 billion.

Business A.M. understands that the oil giant has now headed to the Supreme Court in its continued quest to have the judgment overturned having failed in the Court of Appeal on November 11, when its appeal was rejected and it was asked to pay up.

The original reliefs sought by the plaintiffs were for N2 billion each on the two counts. However, we now understand that the judge granted reliefs amounting to N615 million and N650 million for each of the two counts respectively bringing the total to N1.265 billion instead of the N4 billion that the plaintiffs had sought.

The plaintiffs had also sought for 10 percent monthly interest from the day of filing the case until the day that Agip pays up, after it would have exhausted its appeal processes. Since the judgment was delivered in 2018 the amount awarded has accumulated interest and will continue to accumulate interest until the Supreme Court delivers its judgment on the appeal that Agip has now filed, seeking to upturn the Appeal Court’s ruling on the matter.

Financial analysts say with compounded interest and the case now at the Supreme Court, and depending on the length of time it takes to clear, should Agip lose its appeal, it could find itself having to cough out anything in the region of N50 billion or more.

But it is the sordid tale of how an international oil firm, which last week was parading a human rights award, got itself entangled in this mess that worry analysts. Following are the details of the case.

Agip lost its appeal at the Court of Appeal, Port Harcourt, in an original N4 billion suit for damages and compensation awarded against it by a Bayelsa State High Court on 3 May 2018 over two military invasions of Tugogbene, a Bayelsa oil community in Southern Ijaw Local Government Area (SILGA) of the state, on 13 November 1999 and 26 July 2000, killing nine persons, maiming several others, as well as completely destroying a school, several houses and other properties.

The Appeal Court, in a judgement on November 11 this year, delivered by Tunde Oyebamiji Awotoye (JCA), said Agip’s appeal against the lower court’s judgement lacked merit, and therefore, is dismissed; while he affirmed the lower court’s ruling in suit SHC/MSC/22M/2017 delivered on 5 March, 2018.

According to the appeal judge, Awotoye, the oil company could not prove its objection to the community’s request of “Fundamental Human Rights’ Enforcement Rule, 2009” as provided for under the 1999 Constitution of Nigeria (as amended).

The judge said the oil company could not adequately substantiate its objection to the community’s fundamental human rights enforcement procedure: “The provisions of the Rules are very clear, and there is no need looking elsewhere in interpreting its ambit and extent of its application. The natural and ordinary meaning of the Rules must be given to it.”

He upheld the lower court’s declaration that the oil company, “instigated, masterminded and supported” the invasion of the Tugogbene Community by some soldiers on 13 November 1999 which led to the arbitrary killing of nine persons: Martins Eriye, Titus Daulphinah, Rasvee Abokito, Omoni Matthias, Major Alakere, Orua Orua, Pepple Ayabowei, Temple Tarikerekere, and Bakar Baraniye as a result of the attacks supported by the respondent (Agip Oil Company) which was “wrongful, illegal, unlawful, unconstitutional, null and void as it is a gross violation of fundamental right to life of the deceased as enshrined under Section 33 of the 1999 Constitution of the Federal Republic of Nigeria (as amended) and Article 4 of the African Charter on Human and Peoples’ Rights (Ratification and Enforcement) Act 1983.

The lower court had also declared that the respondent (Agip Oil Company) “instigated, supported and masterminded” the 26 July 2000 invasion of Tugogbene Community, as well as the homes of: Newman Dau, Lukie Matthias, Tonye Oufighe, Taylor Tugo, Beredugo Abel, Stephen Owei, Amawei Sunday, Alphaeus Efere, Gabriel Fiadei, Friday Soko and four classrooms of St Ezekiel School in Tugogbene, Southern Ijaw Local Government Area, Bayelsa. And that the act was “wrongful, illegal, unlawful, unconstitutional, null and void as it violates the applicants’ fundamental rights as enshrined in Sections 33, 34, and 35 of the 1999 Constitution of the Federal Republic of Nigeria (as amended) and Article 4, 5, and 6 of the African Charter on Human and Peoples’ Rights (Ratification and Enforcement) Act 1983.”

Also, that the respondent (Agip Oil Company) “instigated, supported and masterminded” the 13 November 1999 and 26 July 2000 maiming by the soldiers of: Eriye Martins, Daulphinah Titus, Abokito Rasvee, Matthias Omoni, Alakere Major, Orua Orua, Pepple Ayabowei, Tarikerekere Temple, and Baraniye Bakar was “wrongful, callous, illegal, unlawful, unconstitutional, null and void as it violates the applicants fundamental rights as enshrined under Section 33 and 35 of the 1999 Constitution of the Federal Republic of Nigeria (as amended) and Article 4 and 5 of the African Charter on Human and Peoples’ Rights (Ratification and Enforcement) Act 1983.”

As a result, the lower court issued an order compelling Agip Oil Company, jointly and severally, “to pay the sum of N2 billion to the applicants respectively, being exemplary for the unlawful and wrongful invasion of applicants’ homes.” Another order compelling the oil company “to pay N2 billion as compensation to the appellants as legal heirs and next of kin of the deceased persons: Eriye Martins, Daulphinah Titus, Abokito Rasvee, Matthias Omoni, Alakere Major, Freedom Orua, Ayabowei Pepple, Tarikerekere Temple, and Baraniye Bakar.” As well as “an order for 10 percent post-judgement monthly interest until the judgement sum awarded by this honourable court is paid and fully liquidated.”

Meanwhile, the lower court had dismissed Agip’s preliminary objection to the community’s suit “being statute barred,” since it came 18 years after it occurred, citing Order 3 Rule 1 of Fundamental Rights Enforcement Procedure, 2009. And whether or not the argument by the oil company of “incompetent representation capacities” by the three persons who filed suit was proper, the judge cited Order 15 Rule 1 of FREP, 2009, which allows any interested person who desires to be heard in respect of any human rights application, even if he does not have an interest in the matter.

The Bayelsa High Court had also ruled that “the respondent’s (Agip) boat, helicopter and facilities at the Brass Terminal and its Port Harcourt Base were used by the invading military men to arrest, assault, interrogate and detain members of the Tugogbene Community.” And that the respondent (Agip Oil Company) “is a joint tortfeasor with the unsued 3rd party military men. Thus, they can either be sued jointly with or in the alternative as the applicants have done herein.”

How do environmental and civil rights communities view the November 11 Appeal Court judgement? And does Eni, Agip’s parent company in Milan, Italy’s recent award as upholder of human rights by the Corporate Human Rights Benchmark (CHRB) still subsist, in view of losing a suit of gross human rights violation in Nigeria?

Late last month, Eni said it was ranked first with another company, among 199 companies assessed by the CHRB of companies’ human rights performances. Eni said the award is “a confirmation of (our) leadership in designing an effective approach to human rights.” It described CHRB as an internationally recognized benchmark that assesses companies’ human rights performances, which every year, compares the world’s largest companies in the extractive, agricultural products, apparel and ICT manufacturing sectors; taking into account their policies, governance structure and work processes to evaluate their approach to human rights, as well as their way to respond to allegations of human rights misconducts.

According to Claudio Descalzi, Eni’s chief executive officer, the CHRB assessment result “confirms our commitment to the respect for human rights, which is essential in our path to a just transition that brings access to energy for all, while protecting the environment and reducing the gaps among countries.”

Celestin AkpoBari, an environmental rights activist and national coordinator of Ogoni Solidarity Forum (OSF) told Business A.M. in an interview that the judgement was very much welcomed, insisting that Agip should be made to pay for its gross human rights and environmental violation, especially as it concerns the rights of one of its host communities in the Niger Delta, a region replete with oil extraction with severe environmental degradation.

For Enefaa Georgewill, chairman of the Rivers Civil Society Organisation (RCSO), though the judgement was rightly issued by the lower court, and then upheld by the appeal court, however, it (judgement) was quite late in coming. Like AkpoBari, Georgewill urged the nation’s judges/courts to dispense quick justice on such gross human and environmental rights abuses. They both insisted that 20 years were quite a long time in granting the Tugogbene Community folks’ request over Agip’s invitation of soldiers to sack their community, destroy lives and properties in November 1999 and July 2000.

Meanwhile, the civil and environmental rights community in the oil region said Agip’s claim of being an upholder of human (and environmental) rights is rather an “anathema.”

“How can an oil extractive company in one breadth grossly abuse the rights of people of its host community, including environmental destruction 20 years ago in Nigeria; and failed to remedy its evil deeds till date. Then, two decades later, it wins a human rights performance award in Italy? It is an anathema and sarcastic,” one CSO person told Business A.M. in Port Harcourt.

On his part, Friday Udoh, a gas value-chain expert, chartered economist and chief economist at the South-south chapter of Institute of Chartered Economists of Nigeria (ICEN), said Agip should respect the terms of socio-economic terms of engagement for its host communities. He said the effects of hydrocarbon extraction by a major company like Agip, on a community, when not remedied on time, throws up dangerous consequences.