Agip, the Nigerian affiliate of Italian international oil company (IOC), Eni, appears to have run into another headwinds with its Niger Delta host communities over what they allege to be “victimization and non-adoption of the extant Nigeria Local Content clauses in its host communities”. 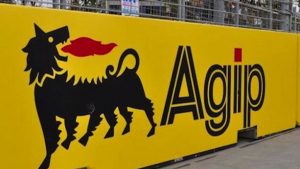 This time it is Ijaw youths under the aegis of Ijaw Youths Council (IYC), who are locking horns with the Italian controlled oil prospector with operations in Nigerian over many decades. The IYC has written a letter, seen by Business A.M., to the managing director of the oil company, which operates in the country as Nigeria Agip Oil Company (NAOC), decrying the company’s poor attitude to laws applicable in the oil and gas sector in Nigeria, which are made to avoid victimization by oil host communities.

The letter titled: “Systematic Decimation of Niger Deltans in NAOC, and the Need to put an End to It,” the IYC alleges that Agip was guilty of “overbearing lopsided appointments and promotions.” They further alleged that they have been inundated with several petitions on ethnic profiling, work victimization and annihilation of Niger Delta indigenes working in the company in the region which is its operational base.

Saviour Olali, IYC’s deputy national president, said they were warning Agip that it would be in its best interest to quickly call up adoption of the Local Content policy of the Nigerian government, “So that the indigenes of the host communities of Agip and indeed, the Niger Delta people, could benefit from the system.”

He alleged that, among other things, the Nigerian Eni affiliate was engaging in “wilful denial of employment opportunities and contract jobs to indigenes of the host communities, deliberate and marked annihilation of Niger Deltans working in NOAC, and stunted growth in their workplace as well as being subjected to inhuman treatment and victimization.”

Olali said the characterization of what Niger Deltans were experiencing from NAOC was in flagrant violation of the Nigerian Content Act and other operational laws governing the oil and gas industry. “As Ijaw Youth Council, we are aware that there are conspicuous provisions in the Local Content Act that provides for indigenous participation, empowerment, progression to leadership positions in the oil and gas industry, and capacity building. These are in consonant with the universal principles that guarantee community development and the enhancement of an individual’s ability to rise to the pinnacle of his or her career,” the youth group said.

IYC likened Agip’s case to other IOCs and their subsidiaries operating in the oil region, which noticeably act more in breach of the laws governing their operations.

“NAOC is one of such companies operating in the Niger Delta region that has not kept faith with the people. The company has always acted at variance with the wishes and aspirations of the people of the region,” the IYC letter read in part.

The Ijaw youths called on the NAOC management to standardize its alleged unfavourable policies to the oil region people, so as to create an atmosphere of trust and confidence between it and the host communities. They challenged the company to empanel a fact-finding committee headed by senior management staff members to verify their claims, and make their findings public.

Business A.M. could not confirm the veracity of the claims from the oil company’s side, as Calista Agozu, the head of human relations could not be reached for comments.

Last week, this newspaper reported the Port Harcourt Appeal Court’s judgement which upheld a Bayelsa State High Court’s 2018 ruling which had awarded over N1.2 billion costs against Agip with a 10 percent monthly judgement interest. It was over a 21-year-old human rights violation of Tugogbene community orchestrated by two military invasions of the community in November 1999 and July 2000. Since the judgement, the judgment debt has accumulated interested to about N30 billion and could hit north of N50 billion as Agip heads to the Supreme Court to try to quash the Appeal Court’s decision to uphold the lower court’s judgement.