An agriculture firm, JLN Agric Implementation Services Limited, has declared its readiness to partner with the five states of Nigeria’s South-East region in order to achieve the global standard of food security as stipulated by the World Bank. 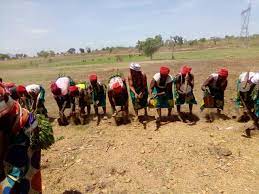 In this regard, the firm is finalising plans to visit the governors of the five states to seek their partnership as well as acquaint them with the knowledge of the best trending, durable, effective mechanised agricultural equipment that would help to alleviate the challenges faced by commercial farmers as well as potential commercial farmers.

Chima Ifekwe, the company’s director of operations, told Business A.M. in a telephone chat that the visit will further provide the company an opportunity to educate the governors on the need to procure modern agricultural equipment and allocate them to the various local government headquarters in their respective states.

He said procuring the agricultural equipment, possibly through a partnership with JLN Agric West Limited, and making them available at the local government headquarters would go a long way in assisting farmers and cooperative societies in the South-East region who can now go to the local government areas to lease the equipment and at subsidized rates.

He said it would be beneficial to the states for the governors of the region not to pay lip-service to agriculture which, according to him, remains the mainstay of the economy of the South-East region and Nigeria.

He frowned at a situation where some states in the South-East region do not seem to show much interest in keying into the federal government agricultural programmes, like the CBN Anchor Borrowers Programme, etc.

“We have all the agricultural equipment which JLN investor has procured, they are wasting there and the government is not helping investors to bring investments in the South-East, especially in Imo State,” Ifekwe said.

He said the South-East governors have not shown the needed interest in helping the agricultural sector to grow in the region that was known for agriculture.

“If you put your ear to the ground, you don’t hear about the government buying agricultural equipment and sending them to their various local government areas so that farmers can go there to lease or hire. What you hear that farmers do now is self-help, and this is not the best way to ensure food security which is a global standard by the World Bank,” Ifekwe said.

“They need to wake up. The land is there. We have land in Anambra, we have land in Imo and in other states in the South-East. Luckily, there is an investor who is willing to work with the government either for them to lease or buy or work in partnership with the company. They should come, we as a company can arrange for the payment plan so that it will be easy for the government,” he said.

Ifekwe said the company is desirous to make the region an agricultural hub for the country if only the governments are willing.

The company, according to him, is also in the agricultural value chain to ensure that people are productive, can feed themselves, as well as make a living from agriculture.