U.S. Agriculture Secretary Sonny Perdue acknowledged that American farmers are “casualties” of President Donald Trump’s trade war with China, according to an interview broadcast on Tuesday. 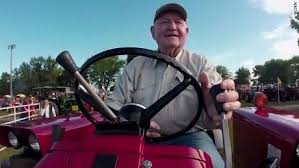 Perdue told CNN he did not expect a trade deal to be reached when Trump meets with Chinese President Xi Jinping this month at the G20 summit in Japan but hopes one can be struck by the end of the year.
The Trump administration has designated aid for farmers, a key constituency that helped carry the Republican to his 2016 electoral win, but they still have been among the hardest hit from the trade dispute with China.
“I think they are one of the casualties with trade disruption, yes,” Perdue told CNN. “We knew going in that when you flew the penalty flag on China, the retaliation, if it came, would be against the farmer.
“I’ve told the president – and the president understands – you can’t pay the bills with patriotism,” Perdue told CNN. “We know that and certainly he knows that. That’s why he’s trying to supplement the damage they’re having from trade disruptions with market facilitation.”
The Trump administration last month unveiled a $16 billion aid package for farmers to offset losses from the 10-month trade war with China. Payment rates to farmers would be determined by where they farm rather than what crops they grow.
The trade dispute, which escalated this month after Washington and Beijing raised tariffs on imports of each other’s goods, has left U.S. farmers sitting on record volumes of soybeans with China halting purchases. China once was a destination for more than 60 percent of U.S. soybean exports.
Businessamlive Website Stats