Ahead of the forthcoming UN climate conference COP 27 in November at Sham El Sheik Egypt, widely believed by many on the continent as Africa’s COP, the African Development Bank’s Atlantic Council is pushing for ‘Africa agenda’ to international thought leaders and other targeted bodies, saying “Africa deserves the highest priority attention”. 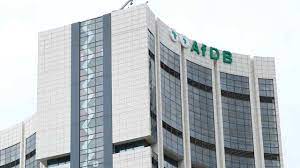 A team from the AfDB Group, led by acting chief economist and vice president Kevin Urama, visited Washington D.C., USA, to present the African Economic Outlook 2022, a flagship publication of the bank, to the international thought leaders and other targeted bodies under a theme “Supporting Climate Resilience and a Just Energy Transition in Africa”.

“We have been losing 5 percent to 15 percent of GDP per capita growth in Africa because of climate change, and that is in addition to other issues that climate change is driving on the continent. Amid these difficulties lie opportunities for innovation. Let’s think big, act big, and save the planet,” he said.

Climate change is a growing threat to lives and livelihoods in Africa, which ironically contributes only 3 percent of global carbon emissions. Experts believe with a just energy transition, Africa will emerge stronger and ready for transformational growth.

Atlantic Council has asked high income countries to come along to COP 27 with the $100 billion yearly climate finance commitment which they had promised to developing countries in 2009. Urama believes that the fund “will help to restore confidence that we are serious about climate change, even though it is not enough”.

Africa loses between $7 billion and $15 billion annually from the vagaries of climate change. The International Monetary Fund (IMF) said the loss could rise to $50 billion by 2040.

From the locust swarms devastating thousands of hectares of crop land in East Africa, perennial droughts and encroaching deserts that lay bare the vulnerability of the Sahel of Africa, scorching lives into misery and driving migration, to the inundation of coastal towns and villages, the continent is beleaguered on every side due to climate change.

The Atlantic Council presentation was an opportunity to apprise policy stakeholders in Washington DC on the key findings of the report as well as discuss priorities and actionable recommendations in the preparation and run-up to COP27.

Andrew Steer, president and chief executive officer of Bezos Earth Fund, has urged African and world leaders “to think bolder and work more creatively together as they prepare for COP 27 in Egypt”, Steer, a former World Bank special envoy for climate change, believes that COP27 gives the world an incredible opportunity to think big about Africa.

“We need to make it Africa’s COP. So, what the African Development Bank and the Atlantic Council are trying to do to raise awareness is exceedingly important,” Steer said during a video show at the Washington D.C. presentation.

He described the 2022 African Economic Outlook as “an excellent report”.

“It lays out beautifully this sobering time for Africa in particular, but actually for the whole world – a slowing world economy, the perfect storm of rising food prices and energy prices, interest rates, and shocking increases in the impact of climate change and green vulnerability at a time that international resources are not what they need to be,” he said.

“Make no mistake – the crisis is already here. Four failed rainy seasons in the Horn of Africa – with a fifth likely to occur this summer – is a direct result of a warming climate, and sadly, it may become the norm,” Beckelman said.

He said the United States would ensure that its African partners have the ability and resources to develop the foundation for a sustainable and low-carbon economy that provides ample energy for growth.

“While the challenges are enormous, we see plenty of reasons to be optimistic. Sustained investments in adaptation and mitigation, through renewable energy and climate-smart land use practices, will help provide a pathway for African countries to develop innovative ways, building a more just and equitable future for people across the continent,” he added.