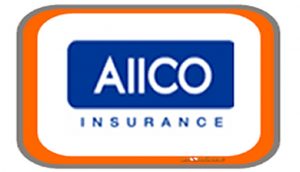 AIICO Insurance Plc has submitted an application to the Nigerian Stock Exchange, seeking approval for some 4.3 billion ordinary shares of N0.50 each which it plans to list on the Nigerian bourse.

A statement signed on Monday by Godstime Iwenekhai, the NSE’s head of listing regulation, said the application for the rights issue was submitted by Magnartis Finance and Investment Limited, AIICO’s stockbroker.

It was further disclosed that the shares would be purchased at N0.80, on the basis of five new ordinary shares for every thirteen shares already held by the company’s shareholders.

The notice further informed dealing members in the market that the qualification date for the rights issue is today, June 15, 202, for interested investors to be informed and take the necessary action.

At its Annual General Meeting (AGM) in March this year, AIICO’s shareholders had voted in favour of a plan to raise additional capital through rights issue in its bid to meet recapitalization obligation set for insurance companies in the country by their regulator, the National Insurance Commission (NAICOM).

The rights issue is, therefore, expected to raise the outstanding capital in order to complete the recapitalisation exercise before the new deadline of September, 2021 set by NAICOM.