A.O. Alegeh & Co Legal Practitioners & Notaries Public, a law firm, representing the interest of Allen Onyema, Air Peace founder and chief executive, Ejiro Eghagha and Air Peace Limited, have provided broad interpretation to the outcome of an indictment delivered over the weekend involving Ebony Mayfield, an American and a former staff of Springfield Aviation Company, who was accused of playing a key role in an alleged bank fraud case against Onyema, saying findings show that the United States government admitted there was no loss suffered by any bank.

Mayfield was also not given any prison sentence, confinement or home detention by the court.

The indictment had been filed against Mayfield by the United States Attorney for Northern District of Georgia at the District Court in Atlanta, Georgia on Friday, October 28, 2022. 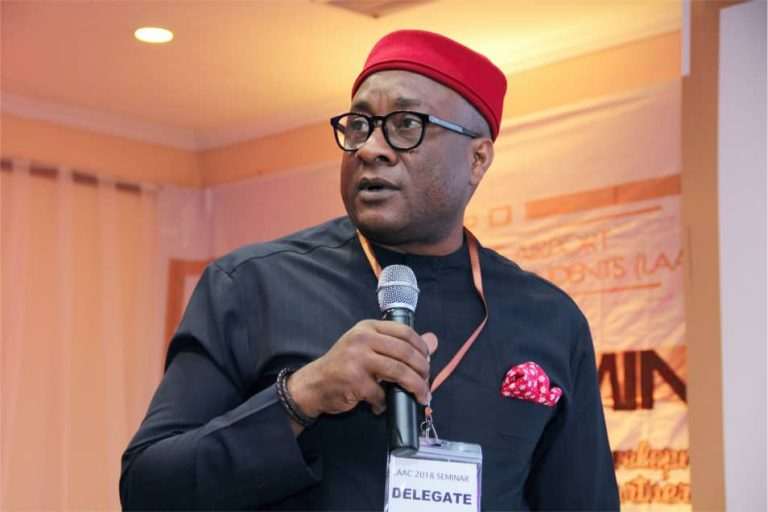 But A.O. Alegeh & Co Legal Practitioners & Notaries Public, said in a statement that the outcome confirms the position of its clients that there was no fraudulent intent in all the Letters of Credit, and that there was no victim in any way, manner or form and all the funds involved were legitimate funds belonging to its clients.

According to the law firm, Mayfield, a former staff of Springfield Aviation Company Inc. was given Probation and a $4000 fine in respect of the criminal indictment filed against her by the United States Attorney for Northern District of Georgia after an investigation spanning over three years and involving about five agencies of the US government.

“Ebony was an administrative staff with limited knowledge in Letter of Credit Transactions and pleaded guilty to one count in the indictment, presumably as she realised the futility of attempting to explain several Letters of Credit utilised for purchase of aircraft for Air Peace Limited in a Jury trial. Probation is the lowest possible sentence available under US Federal Law.

“There was no loss of money or any damage whatsoever to any third Party. The US Government admitted in Court today [Friday] that no bank suffered any financial loss in this matter.

“There have been false and unsubstantiated press stories in Nigeria, about the indictment and Ebony Mayfield,” A.O. Alegeh & Co Legal Practitioners & Notaries Public stated.

The firm stated that its clients never took loans or credit from any US Bank and Mayfield was never paid the sum of $20,000.00 at any time to commit any fraud, as is being peddled by a section of the Nigerian press.

A.O. Alegeh & Co Legal Practitioners & Notaries Public explained that Mayfield, like other Springfield Aviation Company Inc. staff was only paid her bi-weekly salary and/or allowances, adding that stories are far from the truth and are deliberately being peddled by a section of the Nigerian press for ulterior motives.

“Our clients maintain their innocence in the matter and state that all steps taken in respect of the Letters of Credit were taken in good faith and with legitimate funds. All the aircraft involved were brought into Nigeria and utilised in the operations of Air Peace Limited. There was no victim. There was no loss of funds to any person and there was no criminal intent whatsoever.

“Our clients’ position has been reviewed by various Law Enforcement Agencies in Nigeria and no evidence of criminality has been established against our Clients. Our Clients remain resolute in the assertion of innocence,” the law firm stated.

Reacting to this development, spokesman of Air Peace, Stanley Olisa said he was relieved and happy that the section of the media that for several months have been peddling false reports against Onyema could see why no response was given to them “because when the truth comes out no one can hide it.”

“We knew the source of those false reports and we decided to wait them out. We know that truth would eventually indict them and that is what has happened. In fact, the feelers we are getting is that concerned authorities in the US were aghast that a section of media in Nigeria was preempting the case and did not feel good about it. So Nigerians will know that all those distorted reports were done out of mischief. We knew the truth would come and we decided to wait them out,” he said.