EmekaNgige, renowned lawyer and senior advocate of Nigeria (SAN); MutiuSunmonu, former managing director, Shell Petroleum Development Company; Benedict Adeyileka, former acting director general of the Nigerian Civil Aviation Authority, and other new directors of Air Peace have assured of their readiness to work with the carrier’s chairman and chief executive officer, Allen Onyema and vice chairman, Alice Onyema, to deliver on the airline’s vision to transform air travel and project a positive image for Nigeria in the global aviation community. 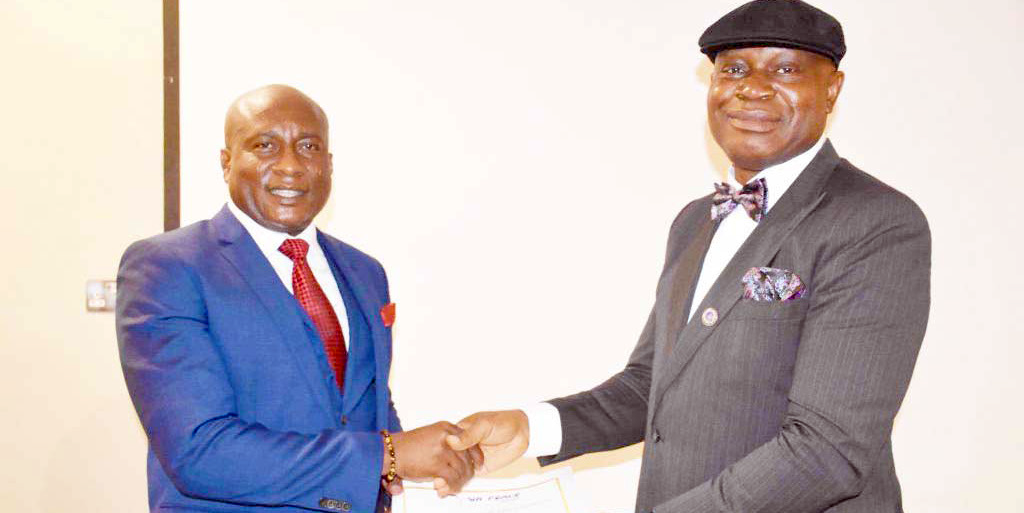 The new directors of the airline, includingEkaeteBasseyOkoro, founder/CEO, Topnotch Integrated Concepts Limited;Mohammed Danjuma, coordinator, North East Recovery and Stability Programme (NERSP);OluwatoyinOlajide, the carrier’s chief operating officer; andEjiroEghagha, chief of administration and finance, made the pledge in Lagos at the inauguration of the airline’s Board of Directors.

At the inauguration, Allen Onyema, chairman/CEO, urged Nigerians with means to invest in the country to complement the economic development efforts of the government, saying he set up the airline primarily to create jobs for the people and give the country a place of pride in the global aviation community.

“The reason I started Air Peace was to create employment opportunities for Nigerians and help in national development, because I know that all the violence and security challenges we are facing will reduce if our youths are positively engaged.I enjoin all Nigerians with means to invest in the country and help to create jobs to complement the efforts of the government,” he urged.

The airline, he assured, would make the country proud with its soon-to-start flights to Sharjah, Dubai, Johannesburg, London, Houston, Guangzhou and Mumbai despite the challenges it was facing from unfair competition and aero politics by some of the countries it planned to operate into with its four Boeing 777 aircraft.

He said the airline was acquiring more narrow-body and wide-body aircraft to deepen its no-city-left-behind project. He said the airline, which recently placed a firm order for 10 brand new Embraer 195-E2 jets and purchase rights for 20 aircraft of the same model, had ordered seven more 50-seater Embraer 145 jets to strengthen its operations under its subsidiary, Air Peace Hopper. The airline had earlier taken delivery of six Embraer 145 jets.

Onyema described the new members of Air Peace Board of Directors as Nigerians who were passionate about efforts targeted at developing the country and creating employment opportunities for the people.

For their part, the new directors said they agreed to join Air Peace Board because of Onyema’s consistent display of integrity and sincerity.

They pledged not to fail in the discharge of their duties as directors of the airline, saying they would work to deepen and sustain the carrier’s success.