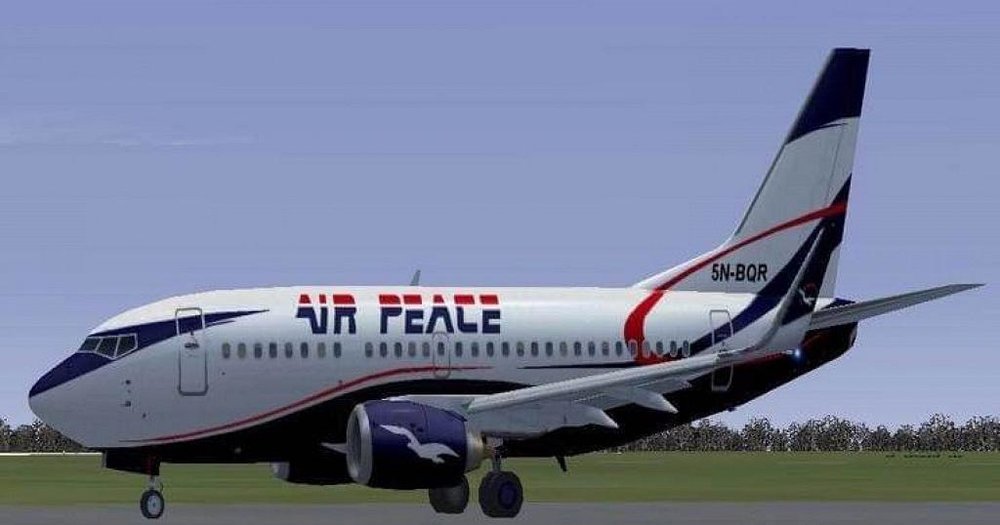 West Africa’s largest carrier by fleet, Air Peace has announced that it would suspend operation on Friday, March 27, 2020.

The airline is suspending operation after a coronavirus scare video trended on social media that the airline had on its flight, a passenger with symptoms of coronavirus. The airline has however, denied the allegation, clarifying that a 13-year old boy who was travelling by air for the first time with his parents suffered from flight phobia that made him to vomit.

Nigeria’s biggest airline, Air Peace announced the suspension of all its flight service as cconcerted efforts are being made to stop the spread of the pandemic in the country, which has recorded 46 cases with one death as at Wednesday.

“It is with a great sense of responsibility that we have decided, in the best interest of our nation, our passengers and workforce, to suspend scheduled flight operations for 23 days effective 23.00hrs on Friday (an hour before midnight on Friday) the 27th day of March, 2020 as a result of the Covid-19 pandemic,” the airline said in a statement by Toyin Olajide, chief operating officer.

“This difficult decision was reached in order to, not only, support the efforts of the Federal Government and other stakeholders in curbing the spread of this virus in our nation but also to protect our teeming passengers and our staff from becoming victims of the pandemic,” the airline added.

The airline noted that passenger traffic in the last three weeks had slumped drastically as a result of this pandemic, adding that it was only wise to discontinue raking up avoidable costs that the airline could not afford.

“Continuation of flight operations in the present circumstances we find ourselves as airlines, could lead to the total collapse of any airline hence the need to quickly stem the rising financial burden and costs of operations,” Olajide said.

On Tuesday, the airline suffered a coronavirus scare that created panic on its Lagos-Kano flight, after passengers alleged there was coronavirus patient onboard.

The airline however refuted the allegation explaining that a 13 year-old boy who was accompanied by his parents but flying for the first time suffered from flight phobia and vomited in the aircraft while the aircraft was airborne.

Air Peace also explained that when the incident happened the Captain in Command of the flight informed air traffic control and Port Health about the development before the flight landed at the Mallam Aminu Kano International Airport, Kano.

“Unfortunately some officials at the airport made a video of the aircraft when it arrived and shared it on the social media and misinformed the public that the aircraft had a COVID-19 suspect,” the airline stated.

Air Peace disclosed that the flight waited for about 50 minutes so that officials from Port Health Authority would attend to the boy.

Big-ticket borrowers of over N1bn choke out SMEs, account for 81% of Nigerian banks’ loan portfolio