By Samson Echenim
West Africa’s largest carrier, Air Peace, has taken delivery of a new ERJ-145 aircraft to help boost its domestic and regional operations. The aircraft, with registration number 5N-BXG, arrived the Murtala Muhammed International Airport at about 19.30hrs on Wednesday, March 4, 2020, from Morocco. 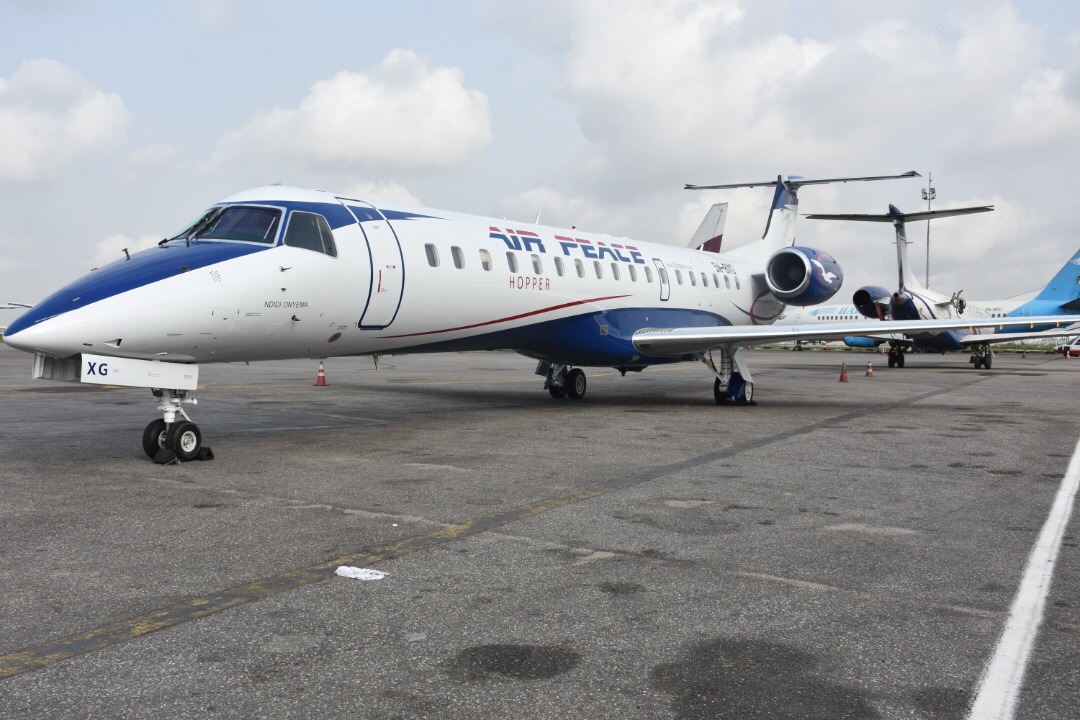 Stanley Olisa, senior communications executive, Air Peace said the new arrival is a 50-seater jet.
“Air Peace is very happy to announce the arrival of its seventh Embraer 145 Jet, which has been undergoing routine checks in Morocco. With this latest ERJ-145, we now have 27 aircraft. Do not forget that we’re still expecting some of the Embraer 195-E2 Jets we ordered last year,” he stated.
Olisa assured the flying public that the airline was poised to interconnect various cities in the country and promised more domestic and international routes like Johannesburg, London, Houston and Mumbai.
Air Peace, Nigeria’s leading carrier, last year, at the Dubai Airshow, signed an order for 3 E195-E2 Jets. This is in addition to the 10 earlier ordered. With these orders from Embraer, the airline became the launch customer of this type of aircraft in Africa
Olisa, restated the airline’s determination to ease the burden of travel in Nigeria and beyond, noting that the airline now now has 27 aircraft in its fleet.

The bulls rule over the bears on the NASD OTC from price appreciation in NDEP, Wamco