Allen Onyema, the chairman of Air Peace, on Thursday said the airline would begin flight operations to Makurdi, Benue capital before the end of November. 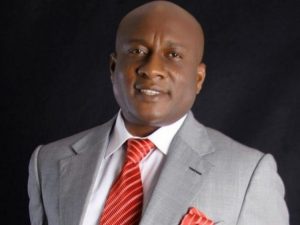 Onyema made this known in an interview with the News Agency of Nigeria (NAN) in Lagos.

The chairman said: “our flights to Benue will begin before the end of November because we have almost finalised preparations.

“We are only waiting to receive another Embraer 145 Jet which we are using for such operations.’’

NAN reports that Air Peace had on June 28, 2018 signed an agreement with the Benue State Government to operate flights to Makurdi.

The Chief Operating Officer, Air Peace, Mrs Oluwatoyin Olajide, had said that the airline would deliver exceptional flight experience to residents of Benue and others travelling on the Makurdi route.

Olajide said the route would be serviced by an Embraer 145 jet, under Air Peace Hopper, the airline’s subsidiary and would terminate at the Nigerian Air Force Base, Makurdi.

According to her, the operations will cover Abuja-Makurdi-Abuja and Lagos-Makurdi-Lagos.

The Chief of Staff to Benue State Governor, Mr Terwase Obunde, had assured the airline of the government’s support to ensure its success on the route. (NAN)