The UK’s busiest airports were in chaos weekend as a technical issue affecting air traffic control caused major delays. This came a day after extremes of temperature and evening thunderstorms caused problems with planes and trains, only exacerbating the impact of Friday’s incident. 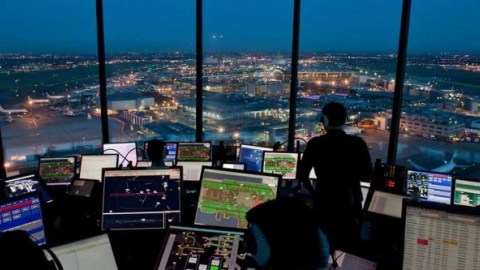 There was chaos at Heathrow as an ATC issue compounds delays caused by extreme weather.

Friday was typically one of the busiest days for flights from the UK, as the first Friday in the school summer holidays. At what should be a fun and exciting time, thousands of families have had their travel plans disrupted as they suffer the consequence of an ATC failure on top of Thursday’s extreme weather impacts.

Thunderstorms across London saw numerous flight cancellations last night. By Friday, those storms had moved across Europe, adding to the chaos of the situation. The ATC issue is thought to be a problem with radar. A statement issued by the National Air Traffic Service (NATS) explained,

“We have a technical problem with a system at the Swanwick Air Traffic Control which is causing some flight restrictions. We are doing all we can to fix it as soon as possible

“We apologise for any inconvenience people may be experiencing and will provide further information as soon as possible.”

As well as passengers delayed at the London airports, those heading to London from other airports are facing restrictions too. These are not only due to the ATC fault but also because of a band of thunderstorms hovering around the north of France.

There was also problem at Swanwick in Hampshire, which is the main control centre for Southern England, looking after air traffic at both of the UK’s busiest airports – Heathrow and Gatwick. It seemed that the fault affectted how close together flights could take off and land, meaning many flights, although still operating, were facing serious delays.

A spokesman for Heathrow Airport told the Mirror, “We are aware that NATS – the air traffic control service – is currently experiencing a technical issue with their systems that is affecting some airspace in the UK.

“Flights are currently arriving and departing at Heathrow, and we are supporting NATS to resolve the issue as quickly as possible. We apologise to passengers for any disruption that occurs as a result.”

Gatwick too warned of delays, advising passengers to check the latest information with airlines.