A labor dispute between Spirit Airlines and Airline Pilots Association prompted cancellations and chaos at Fort Lauderdale-Hollywood International Airport on Monday, with Spirit telling passengers it was ”shocked and saddened by the situation.” Nathan Frandino reports.

Angry scenes showing angry travelers. But police are back in control at Fort Lauderdale-Hollywood International Airport, after the chaos that broke out Monday night following the cancellation of at least nine Spirit Airlines flights and the delay of at least two dozen others. CRYSTAL COLLINS, TRAVELER, SAYING: “They kept announcing they were just short-staffed. They were waiting on like gate eight or the flight attendants to come.” 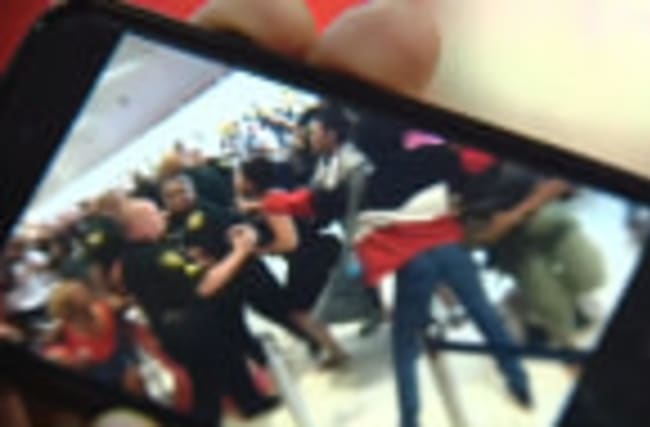 Witnesses say after three and a half hours, some travelers just snapped. PAUL SMITH, TRAVELER, SAYING: “All of a sudden one particular flight got cancelled and a mob ensued up here at the front counter in front of everybody else who had been waiting in line.”

TOYA WESTBROOK, TRAVELER, SAYING: “We seen somebody got arrested. It was real rowdy over there in that line. Somebody was slamming their hand down on the counter.

It was like a big ruckus over there.” At least three people were arrested. Spirit said in a statement it was shocked and saddened by the situation. It blames the Airline Pilots Association. Spirit filed a lawsuit against the association, saying the pilots are refusing to fly amid ongoing contract negotiations.

The association says its pilots quote “are not engaged in a job action.” Some travelers just hope some middle ground can be found so they can get home. AARON DAVY, TRAVELER, SAYING: “I’m in a union so I can probably sympathize in some ways but I can understand the frustrations in passengers. Sometimes there’s got to be some leeway with their decision making and what can occur.” Spirit says it’s working to re-book passengers and get them on their way.