Airtel Africa on Thursday announced the acquisition of additional spectrum to expand its telecommunications network across Nigeria. 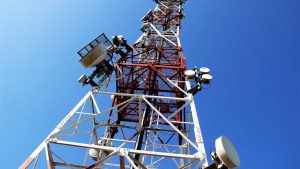 The telecoms firm with a presence in 14 countries in the continent said its Nigerian subsidiary, Airtel Networks Limited (Airtel Nigeria) signed an agreement with Intercellular Nigeria Limited to acquire an additional 10 megahertz (MHz) spectrum in the 900 MHz band in Nigeria.

The new acquisition is valued at about $70 million, excluding the Nigeria Communication Commission fees in line with the telecom industry regulator’s trading guidelines. Airtel Africa disclosed this in a regulatory filing to its shareholders on Thursday through the Nigerian Stock Exchange (NSE).

The company said the acquisition of the additional spectrum would allow Airtel Nigeria to expand its operations and strengthen its LTE network across Nigeria considered the largest market for Airtel Africa. The deal is however subject to regulatory approval by the NCC.

The latest acquisition aligns with the company’s plan to continue to dominate the tele-mobile communications space in the continent. Last August, the company unfolded plans to roll out its mobile money platform. The company said it was continuing its aggressive investment in its 4G network infrastructure, with nearly 1,500 additional sites across its operational locations, apparently preparatory to the roll out.

In the last six months period ended September 30, 2019, Airtel Nigeria announced a 23 per cent increase in its revenue, with revenue from data sales increasing by about 76 per cent during the period driven by the accelerated rollout of its 4G network.

The increase in data customer base rose by about 20.8 per cent, while an ARPU growth of about 43 per cent. The report said during the period, 4G data usage