Management of Airtel Africa Plc has hosted a group investor session in Lagos to assess its first half-year, 2019 financial stance and performance, and chart way for a better outlook on the continent. 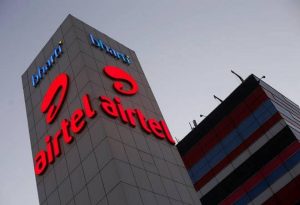 According to the group, the H1 results showed 12.6 percent growth in Q2, from 10.2 percent year-on-year (y/y) as sequential improvements across all regions; grew data subscription in Nigeria by 445 thousand in September, reduced net debt by 50.4 per cent year-on-year and declared an interim dividend of $0.03 per share.

On recent USSD issues between banks and telcos, it said the charges have always existed and are not new, noting that some operators charge customers, some charge the banks, depending on what USSD service is used.

Meanwhile, Airtel, at the recent meeting, hoped to increase the level at which its subscribers consume data to be able to increase its Average Revenue Per User (ARPU) for data which currently stands at $2.40.

According to the telecoms operator, the ARPU will grow as it maintains focus on the expansion of its 4G network on which it cashed in more revenue than on 2G and 3G within the period under review.

Regarding the delay in the rollout of its payment service banking, Airtel said, “Group has put in the application, and fulfilled the requested conditions; just waiting for the regulator to review and provide approval in principle for both payment service bank and super-agent licenses.”

The company also expressed a strong belief that it will be awarded the license in the next couple of months or the latest by early next year.

Airtel expressed no fear regarding currency risk in its Democratic Republic of Congo (DRC) market because the economy is dollarized, as well as in Chad, Niger, Gabon, Congo-Brazzaville that use CFA Franc, which is pegged to the Euro.

“Major currency risk exists in East Africa and Nigeria, and as such the company makes efforts towards balancing FCY and LCY debt. Excluding Nigeria, average currency devaluation over the last 3-5 years across countries of operation has been 3 percent,” it said.