The Nigerian Communications Commission’s monthly report for July has been published, with Airtel rising to become the country’s second-largest data provider, beating Globacom which used to occupy the position with MTN on top. 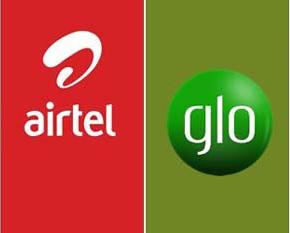 The report shows that Nigeria’s major telecommunications operators recorded a total of 174.67million subscribers in July, with the telcos gaining a total of 919,025 new subscribers up from June’s 173.75 million.

Airtel added the highest number, 906,400, hitting a total 46,836,395 subscribers, according to the NCC data, which showed Airtel becoming the country’s second-largest operator.

Similarly, the NCC mobile Internet subscriber’s data showed that in July, the country gained a total of 389,339 new internet users.

The monthly subscribers’ data also revealed that the fixed wired operators (landline) subscriber base increased by 92 only, giving a total of 109,274 users in July, as against 109,182 recorded in June.

The NCC data indicated that IpNX network moved from 2,122 subscriber base in June to 2,170 in July, gaining 48 customers.

The report also showed that the two Voice over Internet Protocol networks had 172,111 active users in July, as their customers increased by 6,778 from their June subscriber base of 165,333.