BY Francis Kokutse, in Accra, Ghana

Amid economic hardships, the decision by Ghana’s President Nana Addo Dankwa Akufo-Addo to build a National Cathedral has drawn the ire of many Ghanaians. Instead of accepting that this is not what the country needs as food prices continue to surge and petrol prices increase almost every fortnight, President Akufo-Addo and his political cohorts continue to defend the decision.

A clear picture of the situation is painted by the Ghana Statistical Service in its quarterly report for 2022. Their analysis for the first quarter shows that, at the end of April, the national year-on-year inflation rate was 23.6 percent in April, which is 4.2 percentage points higher than the 19.4 percent recorded in March. Month-on month inflation between March 2022 and April 2022 was 5.1 percent.

What is in contention, however, is who should bear the cost of the project. Some Men of God have said redemption of pledges and vows made to God are personal things and therefore, there was no need to use state funds in the construction of the Cathedral. This was after a leaked letter signed by the Minister of Finance, Ken Ofori-Atta, to the Controller and Accountant’s General, directed that the money be credited to a construction company, Ribade Limited, for part payment of outstanding claims.

As the arguments for and against the construction continue, those close to the project say, when it is completed, the $350-million inter-denominational cathedral will have an auditorium capable of seating 5,000 people, as well as chapels, and a baptistery. It is targeted to be completed in March 2024.

Speaking on March 5, 2020, at a ceremony to break the ground for the construction of the Cathedral, President Akufo-Addo said, a Supreme Court ruling in his favour was an affirmation of the project. This was in reference to an election petition filed by former President John Mahama. 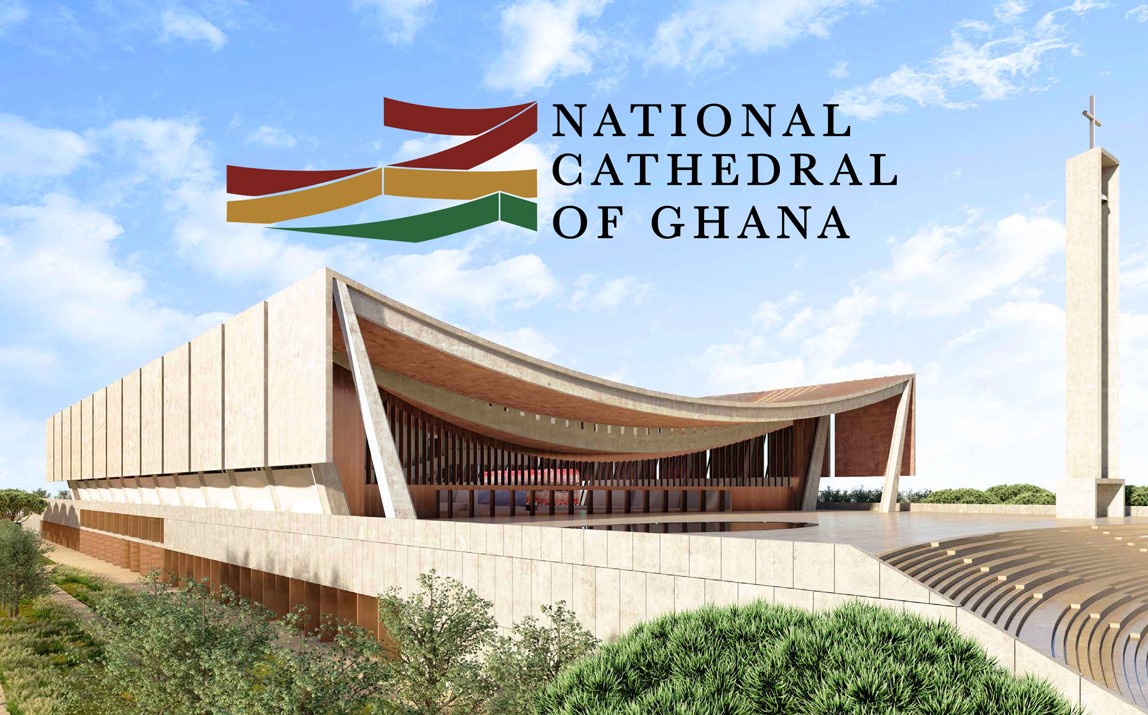 “Ghana has so far been spared civil war, famine, and epidemic. We are certainly not better than the other nations in our neighbourhood who have been confronted with these challenges and I believe it is by the grace of God that we are being sustained. It will be an act of thanksgiving to the Almighty for his blessing, favour, grace, and mercy on our nation,” he said.

When President Akufo-Addo first came up with the idea, he based his argument on the fact that, “71 percent of the Ghanaian people adhere to the Christian religion, grouped under the various persuasions of the Christian faith.” Despite all the arguments that President Akufo-Addo has put forward, he has been criticised by politicians and even some Men of God. Some people went to court to challenge the government’s decision to champion the project but have not been successful.

The Coalition of Muslim Organisations (COMOG), an Islamic group, have described the construction of the Cathedral by the government as amounting to state meddling in religious matters. “COMOG has no objection to the building of a cathedral. Christians in Ghana are capable of building a cathedral without government’s involvement or sponsorship. Just as the Government of Ghana has not been involved in the construction of religious edifices for Muslims, Traditionalists, Hindus etc., it should not be involved in the efforts by Christians to build themselves a cathedral,” the organisation said in a press statement.

The organisation also criticised the government for proceeding with preparations to put up the cathedral before a suit challenging the process at the Supreme Court is heard. According to COMOG, the haste by the government to construct the massive edifice, even before the Supreme Court pronounced judgement on the suit “represents an utter misplacement of our priorities as a nation.”

What has been painful for some people is the fact that during the financial squeeze, the government found it wise to demolish the residences of Appeal Court judges, the Passport Office and Judicial Training Institute, among others, to make way for the cathedral.

In addition, the government has granted the release of GH¢25 million ($3.47 million) to the National Cathedral Secretariat as additional seed money for the construction to begin.

What is happening in Ghana is similar to what happened during the days of the late Ivorian leader, Felix Houphouët-Boigny. He caused the construction of what has become the Basilica of Our Lady of Peace in Yamoussoukro, the administrative capital of the country. In fact, the Guinness World Records lists it as the largest church in the world, having surpassed the previous record holder, Saint Peter’s Basilica, upon completion.

The Guinness World Records said that the Basilica can accommodate 18,000 worshippers. It was constructed between 1985 and 1989 with different cost estimates given by various groups. Some stated that it cost $175 million, $300 million, or as high as $600 million. The designs of the dome and encircled plaza were clearly inspired by the Basilica of Saint Peter in the Vatican City, although it is not an outright replica. 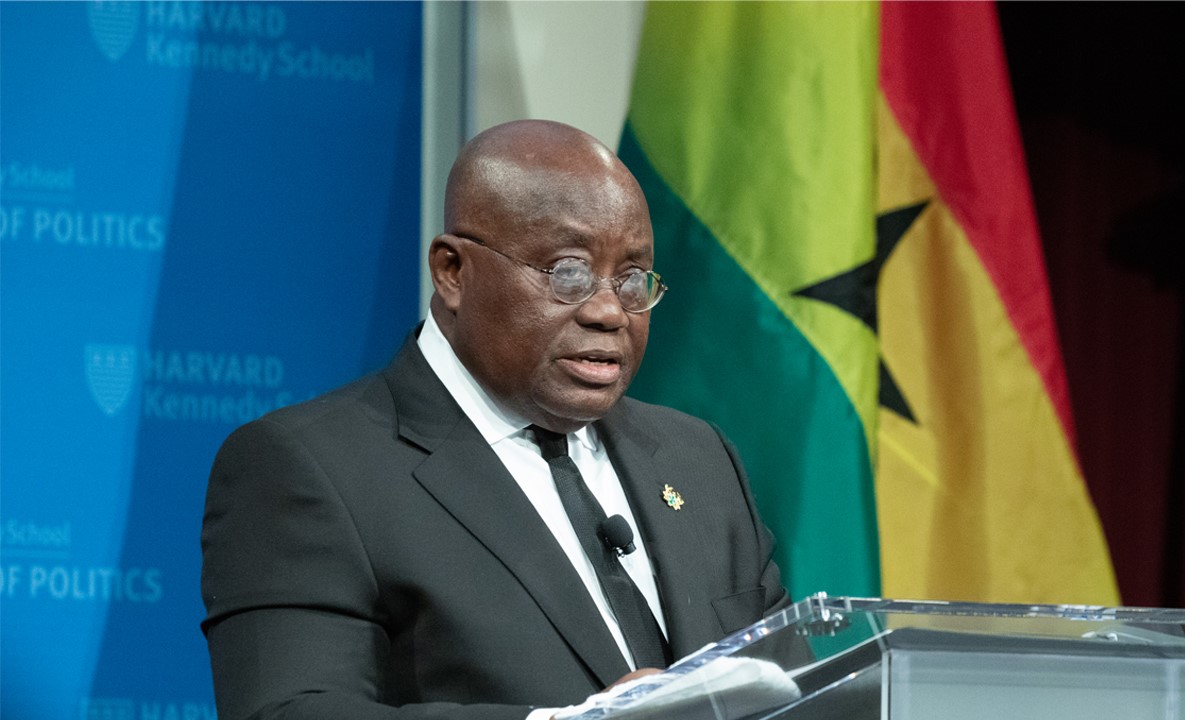 Some commentators said at the time that President Houphouet-Boigny chose his birthplace of Yamoussoukro to be the site of the new capital city of his country in 1983. As part of the plan of the city, he wanted to memorialise himself with the construction of the Basilica and was even pictured beside Jesus ascending to heaven in one stained-glass panel.

The media chose to call it the “Basilica in the bush,” because of its location. However, President Houphouët-Boigny believed it would become a pilgrimage site for African Catholics.

This has not happened. According to media reports, the villa reserved for Papal visits has stood empty since the Pope consecrated the Basilica in 1990 and regular services are attended by just a few hundred people. Despite its size and the huge expense of building it, the Basilica is not even Yamoussoukro’s main place of worship. That title belongs to the Cathedral of Saint Augustine, seat of the Diocese of Yamoussoukro. The only time that the Basilica has been filled was in February 1994, for Houphouët-Boigny’s funeral.

For this reason, most Ghanaians have tried to compare what has happened in Cote D’Ivoire to what President Akufo-Addo has decided to do. There are many who have condemned it as the Cathedral of Confusion because they see it as the ideas of someone who is confused and not sure of his priorities. During a time of inflation fuelled by food shortages brought about by the effects of COVID-19 and the Russian-Ukraine war, it is not a National Cathedral that should be occupying the minds of those who run the country.

Unfortunately, that is what the leaders are doing to the people who are facing daily increases in bread prices and transport costs! How much more can we be confused?

Francis Kokutse is a journalist based in Accra and writes for Associated Press (AP), University World News, as well as Science and Development.Net. He was a Staff Writer of African Concord and Africa Economic Digest in London, UK.