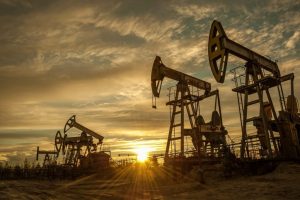 A recent survey indicated that the South-South region, despite being rich in crude oil and allied resources, is ironically lagging behind in FDIs accretion for about a decade. Many have ascribed the trend to restiveness due to militancy in the Niger Delta region.
According to Gabriel Ukpeh, chairman of Akwa Ibom Technical Committee on Foreign Direct Investments (TCFDIs), the renewed promise and attributes that the state holds for potential investors through various initiatives are an appetiser.
“The governor of Akwa Ibom State, Udom Emmanuel, came from the private sector, hence, bringing a private sector perspective to bear on governance in the state, restructuring the way business of governance is done in Nigeria. Akwa Ibom State stands out when compared to other states in Nigeria for obvious reasons: it has been affirmed by many as one of the most peaceful states in Nigeria, the security architecture is at par with those found elsewhere in the world,” he boasted.
Ukeh was speaking at a just concluded German-Nigerian business forum which was held physically in Lagos. The forum was the 9th edition, organised by the delegation of German Industry and Commerce in Nigeria (AHK Nigeria), in collaboration with the Nigerian–German Chamber of Commerce (NGCC) and the German-African Business Association (Afrika-Verein), to explore opportunities between both countries, as well as chart a way forward in a post pandemic period.
The Akwa Ibom TCFDIs added that the state has the largest oil and gas reserves in Nigeria. “There are a lot of oil and gas for investors whether in the area of petrochemical plants, methanol plants, thermal power plants, gas processing and other possibilities. In terms of infrastructural development, the Ibom Deep Sea Port with 17 meter depths, set to be the best in Nigeria, is in top gear; and by March 2022, construction at the site is expected to commence, and would facilitate shipment and trade to other African countries. Behind the Deep Sea Port is the 14,000 Ibom Industrial City Free Trade Zone, which has started attracting investors,” he explained.
Nigeria’s largest free trade zone is the 50,000 hectares Liberty Free Trade Zone in Akwa Ibom, which houses a $1.4 billion ammonia plant, as well as a methanol plant, a refinery, a petrochemical plant, a fertilizer plant, among others. This, he explained, offers incentives such as tax-free haven for investors, import zero duties, free containers, among others, he further said.
In the area of power, the Akwa Ibom State government, through its commitment to power generation and distribution, has made possible, improved electricity supply in the state with its own power plant, the Ibom Power, which has an installed capacity of 191 MW and licenced to generate 685 MW.
Other investment opportunities cut across sectors such as aviation (maintenance, repair and overhaul facility – MRO), Ibom Air, which was adjudged as the airline of the year in 2020; Ibom Multi-Specialist Hospital, Palm Oil, Cocoa, Coconut, and Rice Plantations and vocational and technical skills acquisitions; 21-story Dakkada Towers smart office building, the smartest and tallest in the South-South and South-East; the Ibom Dakkada Luxury Estate in Uyo, the state capital, with best technology solutions to support families and business hubs; 30,000-capacity international stadium, the best facilities in the country, robust road networks and a host of others.
Ukpeh explained that Akwa Ibom State holds a promise for economic respite and a catalyst for socio-economic transformation in the West African sub-region, due to the economic renaissance that has recently characterized the oil-rich Niger Delta region of Nigeria.