Following the completion of over 200 suspected cases of official corruption involving some senior government officials, the Code of Conduct Bureau (CCB) is working with the office of the attorney general of the federation (AGF) to block bank accounts of 200 allegedly corrupt public officers. 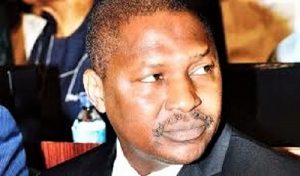 The move was initiated following the completion of an investigation of over 200 cases by the CCB involving about N40 billion.

Mohammed Isah, chairman of CCB,  who disclosed this yesterday in Abuja at a town hall meeting on anti-corruption organised by the federal ministry of information and culture, said that the bureau had investigated over 200 cases, filed 75 at the tribunal while about 100 were pending.

‘’The amount involved in over 200 cases investigated is N40 billion. If the cases are successfully prosecuted and some people are convicted at the end of the day, the federal government will benefit. We are working with the office of the Attorney General of the federation to block those accounts with no debit further,’’ he said.

According to Isah, the bureau is working to improve the relationship with the Code of Conduct Tribunal (CCT) for speedy prosecution of corruption cases.

‘’We have improved our collaboration with other anti-corruption agencies like the EFCC and ICPC. We realised the need to team up to fight a common enemy which is corruption; so we opened our doors to sister agencies and collaborators.

“This is necessary because CCB serves as a data bank, considering the fact that any investigation to be made, especially when it has to do with a public officer, requires knowledge of assets he had declared, if at all he had declared his asset, and if he has not done so, that is another point for the bureau to take over from there in the course of investigation.

“This is the only area where the principle of double jeopardy does not apply. When a person violates the code of conduct and has been prosecuted and convicted, still another prosecuting agency can investigate him with the same facts and take him to court and the principle of double jeopardy will not apply. It will help us in many ways if we close the gap to fight corruption,’’ Isah explained.

“One of the challenges is that the CCB is not automated yet, but the bureau has secured commitments of the presidency, public institutions and donor agencies to ensure full automation of its operations.