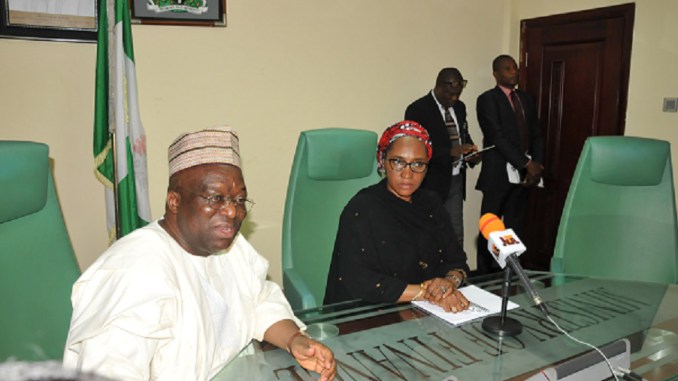 The Federation Account Allocation Committee on Wednesday allocated the sum of N635.82bn to the three tiers of government as revenue for November.

The allocation represents a decrease of N66.23bn when compared to the N702.05bn which the committee shared in October.

Mahmoud Isa-Dutse, the permanent secretary, ministry of finance, confirmed the distribution during a media briefing on the outcome of the committee’s meeting.

The meeting, which was held at the headquarters of the ministry of finance, was attended by commissioners of finance from the 36 states and representatives of revenue generating agencies.

Isa-Dutse said that during the period, the statutory revenue generated was N491.87bn while Value Added Tax and foreign exchange equalisation revenue was put at N53bn.

In addition, he said revenue that accrued from exchange gain was estimated at N785m during the period.

Giving a breakdown of the allocation, he said after deducting the cost of collection of N16.27bn to the Federal Inland Revenue Service, the federal government received N267.88bn.

He added that state governments got N172.56bn, while local governments received N129.97bn.

In addition, Isa-Dutse said the sum of N49.12bn was allocated to the oil producing states based on the 13 per cent derivation principle.

The permanent secretary put the balance in the Excess Crude Account at $324.96m.